Fighting fire from the air: Charlene Becenti sees fire from another perspective with Navajo Helitack 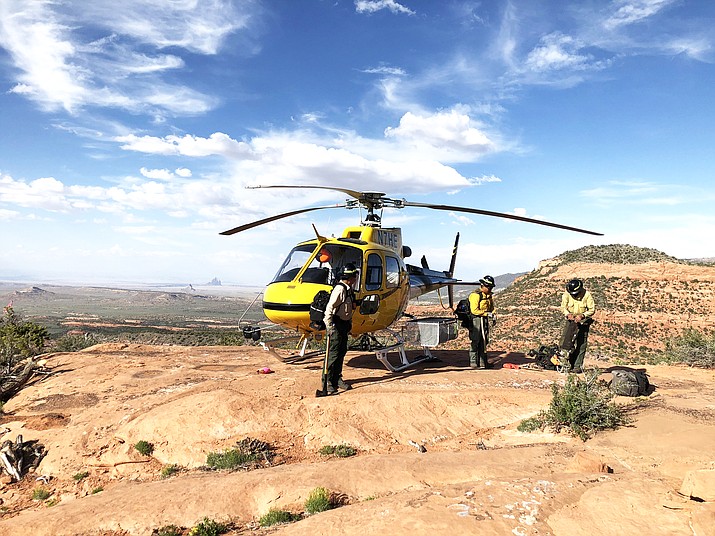 FT. DEFIANCE, Ariz. — Naabaahii. Warrior. Fighter. Firefighter. In the Navajo culture, a warrior is a person who brings everything to the fight – mind, body and spirit. They are unstoppable, are male and female and are still seen in our world today.

The Navajo Helitack program is based out of Fort Defiance, Arizona and is under the umbrella of the Bureau of Indian Affairs (BIA). The program supports special mission efforts such as prescribed burning, fire rehabilitation, personnel transports — including tribal officials and administrative flights, wilderness study flights, search and rescue, forest management flights and often time initial attack on fires.

This 10 person crew is responsible for the AS-350B-3 helicopter contracted and assigned to them for fire season. This year, Navajo Helitack flew 181 hours of flight time from May 1 – Sept. 12.

“Part of being a helitack crew is that we’re a fire resource. As a crew we can respond to an incident quicker than anyone else,” said Dannell Begay, crew supervisor for the Navajo Helitack program.

“We are the first ones on scene,” Begay added. “Based on the fire behavior we can either suppress the fire or if it’s big we start ordering other fire resources … initially we’re sort of self-sufficient.”

Once the crew arrives at the fire, crewmembers help with direct attack using hand tools, a water bucket slung beneath the helicopter or may shuttle other fire crews to the fire, among other duties. 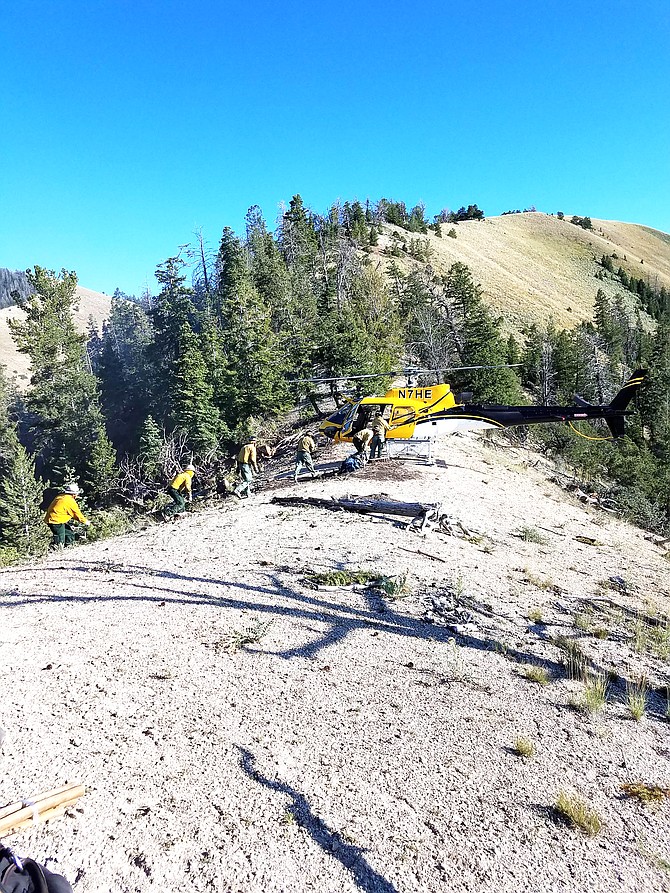 “To me there is no other job like it,” Begay said.

Charlene Becenti is a squad leader for the Navajo Helitack crew. This is her third season in the helitack program but she has been a wildland firefighter since 2002.

“One of my cousin, brothers was running the scout crew program for a while and he told me about it so I ended up coming over and trying it out,” Becenti said.

The scout crew is a Type II wildfire crew that fights fire using hand tools to dig fire lines and suppress the fire.

Becenti, from Twin Lakes, New Mexico, said she has always loved the outdoors. She said wildland firefighting was a perfect fit.

“It was an eye opener … I just kept coming back every season,” she said.

After being with the Type II crew for two seasons, Becenti decided she wanted to be a hotshot – an elite hand crew consisting of 20-22 wildland firefighters. 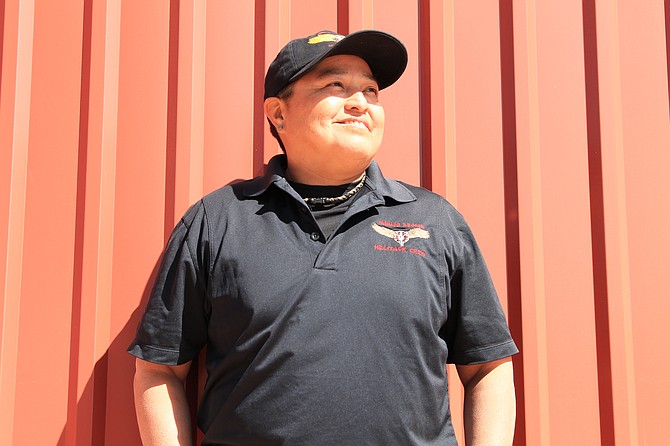 Charlene Becenti has been a member of the Navajo Helitack Crew since 2017. She is currently a squad leader for the crew. (Loretta Yerian/NHO)

“I wanted to challenge myself a little more and see if I could work with that crew,” she said.

Becenti said it was a challenge; she was one of two females hired for the hotshot crew.

“That was one of the things they (hiring agencies) wanted to see, was more females,” she said.

A primarily male dominated occupation, Becenti said firefighting is tough, especially for women; however, she said it’s also an incredible opportunity for anyone who wants to go the extra mile.

“It’s tough for a female,” she said. “It is a good job because you’re out there and you’re out in the community. You’re meeting other people out there – you talk to different people, especially when you go out of state.”

Becenti’s advice to future female firefighters is to be who you want to be.

“It’s a whole new world out there,” she said. “It’s different. It’s challenging. Some days you have to get tough. Just don’t show your weakness. Keep pushing yourself. Do what you got to do and show everybody that you can do it.”

Becenti has followed her own advice and after spending several seasons on a hotshot crew, she applied and was accepted into the Navajo Helitack Crew in 2017.

The elitack crew was also challenging, in different ways.

“It was interesting because you’re doing a lot of thinking. You still do a lot of physical (work) but more of the thinking part,” Becenti said about working on the helitack crew. “You’re working with a $2 million dollar machine and also you have people in it. You want to make sure everything is safe.”

Becenti started as an entry level helicopter crew member with a goal of working her way up the ladder to become a squad leader. 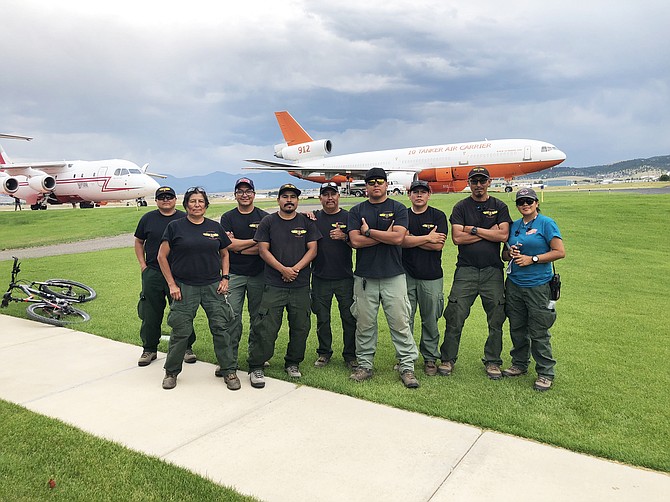 “The goal was to be a squad leader on the shot crew but I don’t think the opportunity was there for that,” she said.

Becenti achieved her goal. As squad leader she is responsible for the crew’s preparedness – having them and their equipment ready to respond at any given time.

When Becenti and crewmembers respond, Becenti goes through a mental check list, checking it off twice.

“The thing that goes through my mind is making sure that I make the right decisions because you have other (people on board). You have the pilot and two other people flying with you,” she said. “You’re doing your thinking. Especially if it’s something you’re getting used to.”

Another challenging part of her job was learning about and flying in the A Star 350 B-3 helicopter.

“I got used to flying from one point to down a mountain (on the hotshot crew) but this (flying) is interesting because you’re seeing a whole land. You’re seeing areas you’d never see before,” she said.

“Right now my favorite thing is flying and also doing the PSD (plastic sphere device) for burnouts, but the main thing I’m really enjoying is working and understanding more in the manager part of it,” Becenti said. “I like challenges and it’s very challenging. One of these days I want to say that I understand all of this stuff and that I did it.”

More information about the BIA Helitack program and other wildland fire careers is available at https://www.bia.gov/bia/ots/dfwfm/bwfm/job-information.

See next week’s edition of the Navajo-Hopi Observer for Part II of Fighting Fire with Fire.