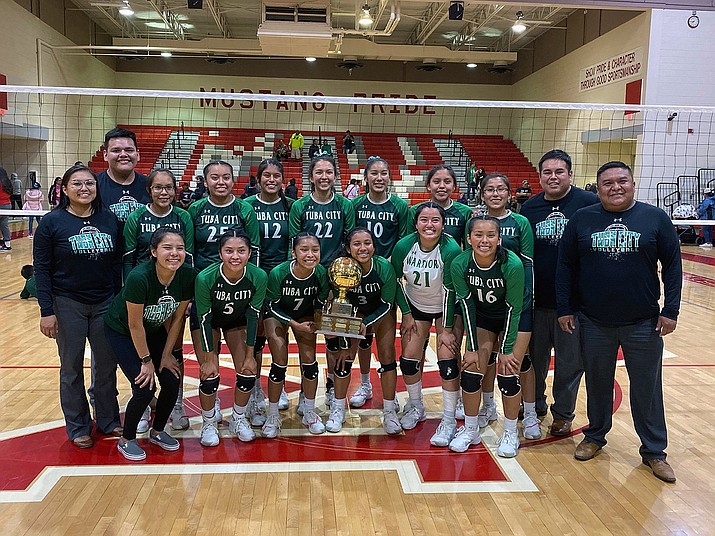 Tuba City concluded their regular season with a record of 10-0 in regional play, 15-0 in conference play, 17-0 overall and 28-2 for the season. They start the state tournament Nov. 8 on the road at Camelback High School in Phoenix.

Lady Warriors Head Coach Harlan Barlow is happy for his team and said it was a tough battle to win the title against a talented Page team.

“I feel like this was the adversity we needed,” he said. “This was our first five set game all season and this tested our communication, leadership and our competitiveness, you need that during post season especially at the state tournament.”

“I’m glad the girls saw their potential and completed one of their team goals to be region tournament champions and conference champions,” he added.

The state tournament bracket was incomplete by press time but it can be viewed at www.azpreps365.com.