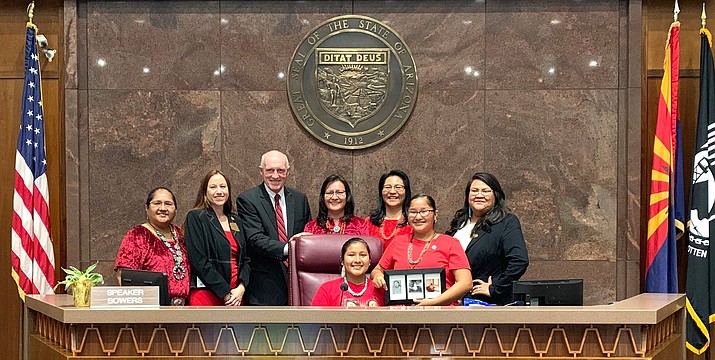 The bill creates the first study committee on Missing and Murdered Indigenous Women and Girls (MMIWG) in the state of Arizona. The bill was introduced by Arizona Rep. Jennifer Jermaine (LD-18) to determine how to reduce and end violence against Indigenous women and girls in the state.

“Our Navajo women are the center of our society and they offer love, comfort and discipline,” Nez said. “However, an alarming number of Indigenous women and girls disappear or fall victim of murder each year. Our Indigenous women are murdered at a higher rate than the national average and more likely to experience violent crimes and sexual assault.”

First Lady Phefelia Nez and Second Lady Dottie added that the law would help shed light on cases of missing and murdered indigenous women, and the study has the potential to create a better understating of the problem and help to develop solutions.

“In the past, missing and murdered indigenous women and girls have received little or no attention. The lack of accurate data contributed to many problems, including the lack of prosecution and lack of coordination among local, state and tribal law enforcement,” Lizer said.

Upon completion of the study, the results and policy recommendations will be presented to tribal and state leadership.