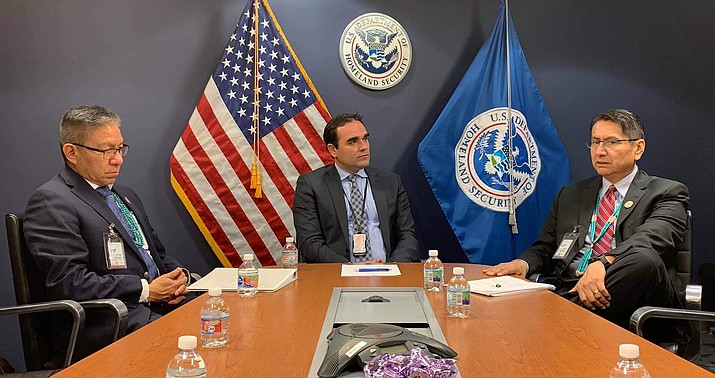 The Navajo president’s office announced the declaration May 21, saying the move will free up federal funds to reimburse emergency spending related to the winter weather.

In February, Navajo President Jonathan Nez requested tribal emergency management officials convene and issue a state of emergency prior to the forecasted snowstorms to allow tribal chapters and other entities to use funds to prepare ahead of the storms.

Heavy snowfall resulted in flooding and muddy conditions that affected many Navajo communities.

Nez on Feb. 19 officially signed the emergency declaration for the Navajo Nation, which spans parts of Arizona, New Mexico and Utah.