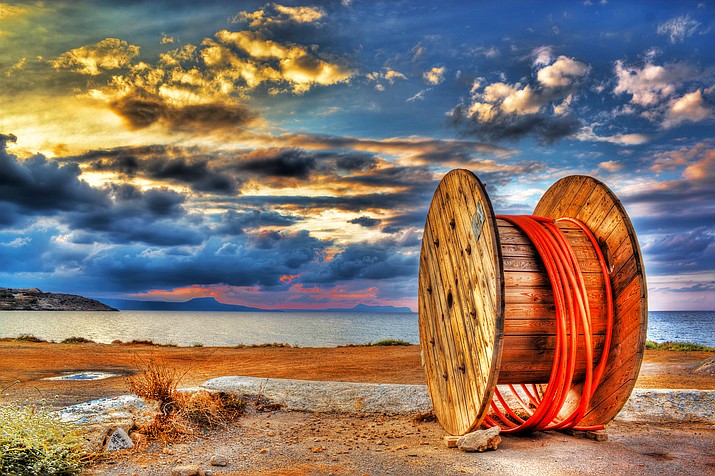 Carroll Onsae says it’s a joke among Hopi, who have broadband internet in only some pockets of the reservation. And even there it works slowly.

“Our area is economically disadvantaged. It’s a hardship for families to not have service to broadband services,” said Onsae, the general manager of Hopi Telecommunications Inc.

Only about 29 percent of Hopi households have access to broadband, compared to 79 percent in Arizona and 78 percent nationwide, according to Census Bureau data.

The Hopi are not alone. Fewer than half the households on tribal lands in Arizona have access to broadband internet, and only one — the Yavapai-Prescott Indian Tribe — exceeds the state average, according to the Census.

“People take for granted when they live in urban or suburban areas that they can log on and take an online class, for example,” said Darlene Burden, who has worked in tribal telecommunication since 2008. “They take advantage of the fact that they can apply for a job. Of course for those things you have to have broadband access.”

“These tribes need more funding … in order to deploy modern networks and get their communities up to standards around the nation."

But advocates say broadband can mean so much more in tribal areas. On reservations with a high rate of doctor turnover, it can mean uninterrupted time with an online therapist or a video chat with a doctor. For students, it might mean access to different educational resources and for small businesses, a strong network could help put them on the map.

“Access to high-speed internet is absolutely critical now more than ever,” said Rep. Greg Stanton, D-Phoenix. “We need to close that digital divide between urban and rural areas so people have access to the things they need.”

Stanton last month amended the House bill restoring net neutrality to require that the Federal Communications Commission work more closely with tribal nations to assess their internet needs and to improve access and reliability. That bill passed the House, but is not expected to pass the Senate.

His amendment cited a Government Accountability Office report last year that said the FCC overstated availability of internet access on tribal lands and does not collect information about the quality or affordability of broadband service. That can affect commission decisions on which areas get funding to build and improve connection lines.

“We need to make sure that as we advance, we don’t leave other people in our own state behind,” he said.

But challenges to broadband are significant on reservations. Besides having to cover large swaths of sparsely populated rural land, many reservations systems still operate with copper lines or weak fiber optics.

Doug Kitch, a consultant with Alexicon, which works to regulate rural telecom providers, said companies will “not incur the necessary cost to provide service to those areas” to deploy and maintain bandwidth.

With no private firms interested in the high-cost, low-density markets that are tribal areas, some tribes decided to step in and provide service themselves.

Kitch said major carriers “wouldn’t even come in and offer service to the majority of these reservations, so these tribes built their own telecommunications networks. They’re going to do what’s best for their community.”

“One of our goals is to provide affordable, reliable internet access,” Onsae said. “Not just telephone calls.”

Affordable and reliable internet is no cheaper for tribal carriers than it is for larger companies — and tribes can face added layers of federal regulations, experts say.

The Hopi service relies on federal loans to expand its network. Last year, it got an Agriculture Department loan to bring internet access to another 650 homes on the reservation through a fiber-optic connection and let those on old-technology copper lines get faster internet access.

“We are having to build our infrastructure so that those who do not have access will have access, but it is requiring a lot of capital and loans,” Onsae said. “We’re doing OK, and being OK is driven by the number of customers who can afford to buy the service.”

But access and reliability can be a delicate balancing act for providers in rural areas.

Onsae said his firm would have to take out more loans to make service more widely available — loans that would have to be paid back by customers who would be added to the expanding network. All of which comes at a cost.

“So if they (customers) can’t afford it, we can’t pay back those loans to make it more available,” he said.

Kitch said more needs to be done to help reservations improve infrastructure for broadband and to provide more opportunities to the households that need it.

“Those areas have unique circumstances, they have cultural and environmental issues they have to address,” Kitch said. “These tribes need more funding … in order to deploy modern networks and get their communities up to standards around the nation.”

Onsae is hopeful for the future of increased internet access on reservations, and has already seen a change since the Hopi established their own telecommunication network.

“Now they can do all kinds of things you and I would do,” Onsae said. “Like Google.”