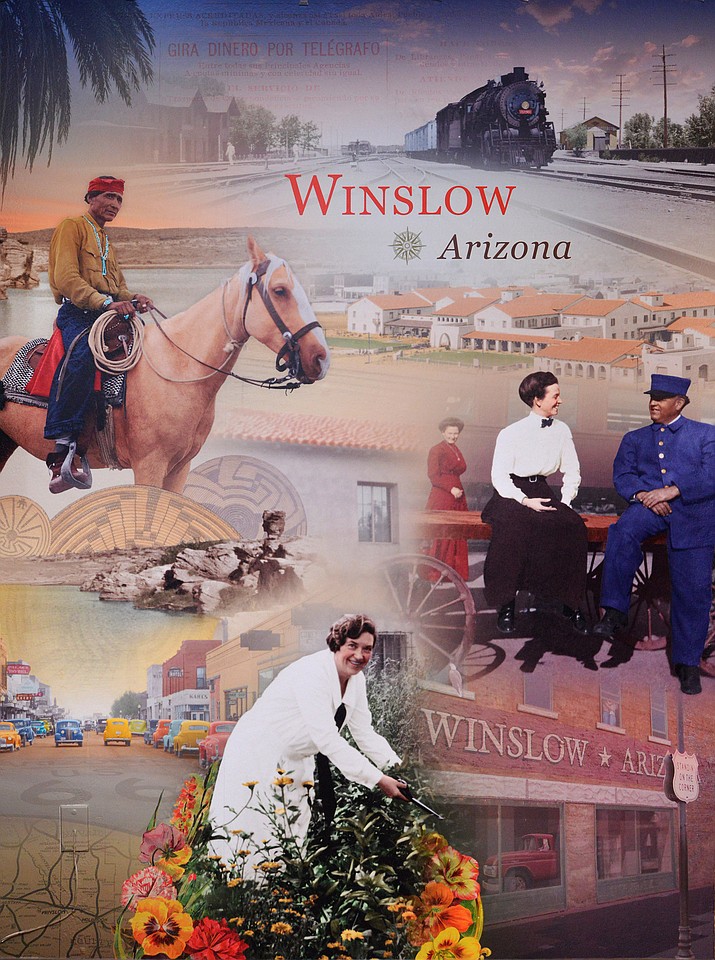 On March 31, in front of about 40 guests and Wells Fargo executives, the Winslow Wells Fargo branch was given a special composite mural based upon old photos from the city’s Old Tails Museum. The old photos were licensed to Wells Fargo for colorizing and combined into an eight foot high poster-mural displayed in the lobby. Winslow Branch Manager, Elaine Castrutia who worked at this branch for 22 years, was gracious in accepting the mural and introduced two Wells Fargo donations of $2,500 to Winslow’s Old Trails Museum and the Standin’ On The Corner service organization.