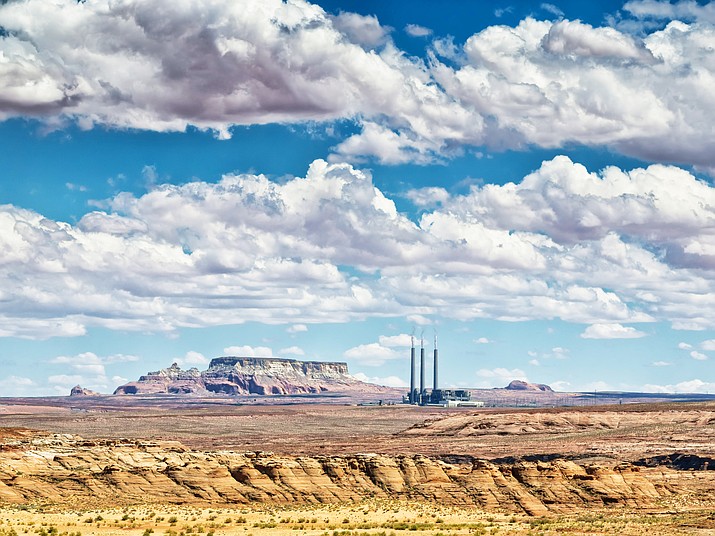 Navajo Transitional Energy Company announced March 22 that it will no longer pursue the acquisition of Navajo Generating Station and Kayenta Mine. (Photo/Adobe Stock)

FLAGSTAFF, Ariz. — A vote in the Naabik’íyáti’Committee March 21 closed the final door on efforts to keep Navajo Generating Station (NGS) open, setting the stage for the decommissioning process to commence and for the plant to cease operations in December 2019.

After nearly eight hours of deliberation, the committee voted down legislation that would have reiterated Navajo Nation support for the Navajo Transitional Energy Co. acquiring NGS and the Peabody Kayenta Mine.

The legislation included language that the transaction would have been independent of the Nation and the Nation would not provide any financial guarantees or waivers or release of claims against NGS owners in NTEC’s purchase of the properties.

On the morning following the vote, NTEC announced it was discontinuing its pursuit of acquiring the properties.

“Due to continued demand by the owners of the Navajo Generating Station (NGS) that the Navajo Nation provide an unlimited guarantee of any liability for the decommissioning of the plant, Navajo Transitional Energy Company is forced to cease its acquisition effort,” a press release said.

NTEC said despite the vote, it will continue to usher in a new era of conscious energy development for the Nation and pursue other opportunities that will benefit the Navajo people.

“Finally, we need to acknowledge that hundreds of Navajo workers at NGS and Kayenta Mine face an uncertain future,” NTEC said. “Please visit our website for upcoming announcements of a job fair NTEC will host at Kayenta for job opportunities at Navajo Mine.”

Navajo Nation Council Speaker Seth Damon said after the vote that for close to 100 years the Navajo Nation has been a strong traditional energy producer.

“In that time, government revenue from energy production has supported the Nation in becoming the strongest and most robust tribal government in the United States, propelling our people in endeavors our forbearers would have never imagined,” Damon said. “Much has changed in the energy markets and the political world, though, that is weakening the viability of Navajo Generating Station and Kayenta Mine to continue their full operations.”

Damon said the vote indicated that the council signaled that it is time for change and that in the future, the council will try to develop a diverse economy that does not solely rely on any particular industry.

“The council will advance new and innovative development initiatives that place our people’s ability to live in our traditional homelands first,” Damon said. “Expanding tourism, alternative energy development, carbon credits and manufacturing are all ideas that this council is pursuing to ensure that a healthy government can continue to provide for its people.”

Nicole Horseherder, executive director of Tó Nizhóní Ání, said the Nation is behind in its planning for what comes next because so much time has been spent trying to keep NGS and Kayenta Mine running.

“It’s time for us to come together and work cooperatively on building a clean energy economy that benefits all Navajo,” Horseherder said. “There’s much hard work ahead to create this transition, but with the leadership shown by the new Navajo council and our new president, we have a bright future in front of us.”

Percy Deal, former Navajo Nation Council member and former Navajo County Supervisor, said this is an important time to remember the vast resources that were spent to install coal operations on the Nation and that vast wealth and benefit was extracted for decades over the heads of many Navajo communities.

“Remembering this past shows the path ahead: full corporate responsibility for affected coal workers, full restoration of damaged land and water and full commitment now from utilities to be customers for clean energy resources from Navajo land in ways that benefit Navajo people,” Deal said.

Damon said it is critical that the Navajo people band together and support one another as they have done through centuries of interaction with external actors.

“We are a proud nation that has existed on this land since time immemorial,” Damon said. “The Navajo Nation government may have been originally organized to approve energy leases. Though, as evidenced by the innumerable services the government provides, it is not the sole purpose of the government today. Our people, our sovereignty, and our right to self-determination predate the first coal seam found on Navajo, and we will endure and thrive together."