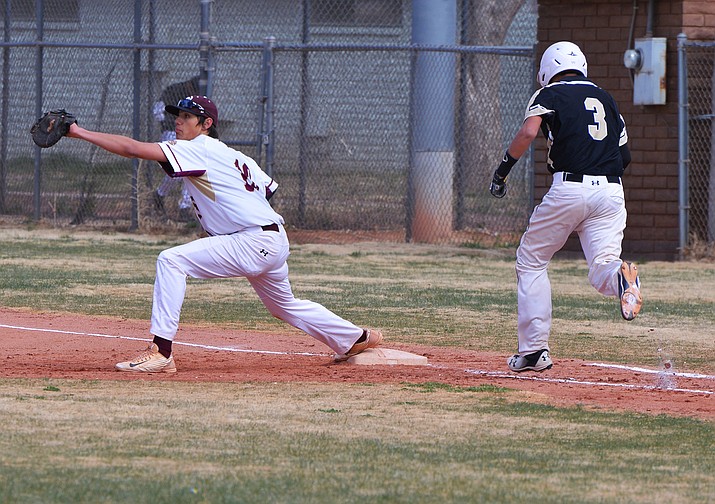 WINSLOW, Ariz. — The Winslow Bulldogs defeated the Chinle Wildcats 10-3 March 14 in Winslow. The win improved Winslow’s record to 5-4 for the season while Chinle fell to a still impressive 6-2 with the loss.

The Bulldogs scored in the bottom of the first inning and five times in the second inning. They went up a commanding 9-0 in the fourth inning, but Chinle cut the margin to 9-1 in the fifth and Winslow increased their lead to 10-1 in the bottom of that inning. Chinle scored twice in the sixth inning. Winslow didn’t score again in the final seventh inning.

Jacob Guerrero went the distance for the win giving up three runs, only two of which were earned, on six hits and two walks while fanning six Wildcats. Winslow had 10 hits led by Brennan Sawyer and Jace Lyons each of whom were two for two with Sawyer having a double and a triple an RBI and three runs scored and Lyons a run scored and two RBIs.

The Bulldogs were to host Sedona Red Rock on Monday and will host Show Low on Friday and visit Holbrook on Tuesday. Their next home game will be against Page on Thursday, March 28.