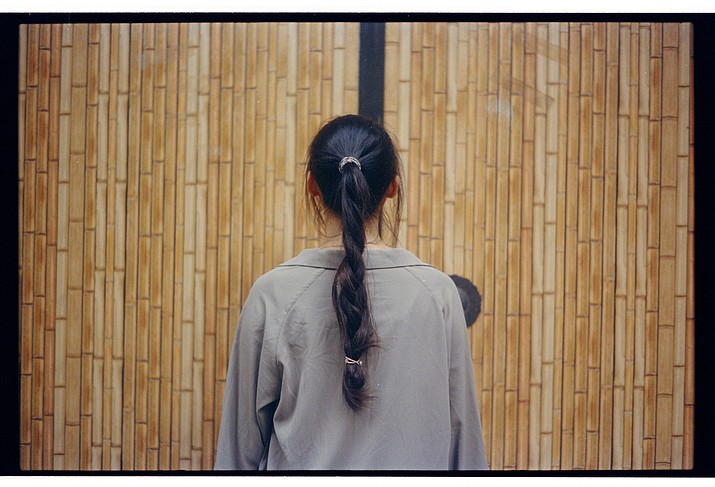 PHOENIX — Valaura Imus-Nahsonhoya spoke to an attentive audience at Native Health of Phoenix in January about the time a “recruiter” attempted to lure her into being trafficked into prostitution.

“I was at a rap concert,” says Imus-Nahsonhoya, Hopi. “I was pacing back and forth waiting for somebody.” The man approached her and asked if she wanted a backstage pass to meet the celebrities. “‘You’ve got beautiful hair,’” he told me. ‘I just love your hair.’”

However, the recruiter hit on the wrong woman: Imus-Nahsonhoya wasn’t just a lone Native woman ripe for the picking. She’s a victim advocate and expert on human trafficking in Indian country who has developed programs to support victims and survivors of domestic violence, human trafficking and sexual assault.

Although she avoided being kidnapped into a life of sex slavery, Imus-Nahsonhoya did gather more intelligence for law enforcement tracking trafficking rings — another step toward addressing this difficult issue.

After working in the public sector for nearly a decade, including in trafficking issues since 2015, she created her own firm, Honwungsi Consulting Services. And, the “somebody” Imus-Nahsonhoya was waiting for was a survivor of human trafficking turned advocate who works with law enforcement and other victim advocates.

Imus-Nahsonhoya now provides training and tech-nical assistance in these fields.

She delivered a lecture on Jan. 30 to an audience of more than 50 health care providers, advocates, community members and even two Navajo Nation Natural Resources rangers on spotting the signs of trafficking for commercial sex or forced labor.

“The U.S. Department of Justice found that Phoenix is one of the top trafficking jurisdictions,” says Imus-Nahsonhoya. And, the National Congress of American Indians found in 2015 that, based on a survey of four sites, an estimated 40 percent of women involved in sex trafficking identify as American Indian, Alaska Native or First Nations. However, Cindy McCain, co-chair of the Arizona Human Trafficking Council, noted that “Native Americans are largely overlooked as victims.”

Why seek Natives? “We’re associated with fetishes,” such as long hair, exotic looks that sex patrons perceive as Asian or Hispanic, Imus-Nahsonhoya says.”We could look like anything.”

Enslaving Native women for sex or other purposes isn’t new, either: Imus-Nahsonhoya displayed books and illustrations showing that the practice has been occurring for centuries.

Imus-Nahsonhoya says that she learned most of what she knows about trafficking from survivors of this degrading and often dangerous life. “One trafficked woman showed me a list of services and her daily quota,” says Imus-Nahsonhoya. “From age 14 to 17, she had to make $600 a day. But she never saw a dime of that.” That’s why sex trafficking is said to be a $12 billion business.

Sex traffickers prey upon young girls and women they perceive as vulnerable. Labor traffickers look for boys and young men, as well as girls, to labor in oil fields, sweatshops, “man camps” and as domestic help. The high rates of poverty and hardship in tribal communities; historical trauma and culture loss; homelessness and runaway youth; high rates of involvement with child welfare systems, including entry into the foster care system; exposure to violence in the home or community; drug and alcohol abuse; and low levels of law enforcement all add up to a community rich in targets for traffickers.

Imus-Nahsonhoya notes that boyfriends can turn out to be traffickers since an approximate 46 percent of recruiters know their victims. “They make the person trust them and get information from them, like family names and relationships,” she says. “Then the ‘Romeo’ passes the information—and the girl—onto the pimp.”

Traffickers also “shop” for victims at shopping malls, schools, parks, and bus stops. That’s why it’s vital for parents to know where their children are at all times, Imus-Nahsonhoya says.

Gangs, both on and off reservations, frequently recruit girls. One particularly pernicious method is when a “bottom,” or a trafficked girl or woman who has been turned into an accomplice, gets herself thrown in a juvenile or adult jail to search for targets. And sadly, some trafficking occurs in “survival” situations, where desperate parents sell their kids for food or firewood. “I’ve seen this [happen] on the rez,” says Imus-Nahsonhoya.

“A lot of the girls I work with don’t have family support,” she says.

The pimps threaten the girl with revealing her new “career” to her family in the case of a boyfriend or other such recruitment methods, shaming the girl and her family. Or worse yet, as Imus-Nahsonhoya says, “The girl says to us ‘If I go with you [to escape the trafficker], he’ll kill my family.” Or, take the children that she may have had while working as a prostitute. The pimp holds those kids as hostages.

And, once those girls—and on occasion, boys—manage to escape the “life,” treatment involves intensive long-term treatment and counseling to break what Imus-Nahsonhoya calls the “trauma bond.” That’s created over the time that the girl is conditioned by coercion, physical violence, and psychological manipulation.

To make matters worse, many tribes aren’t equipped to deal with trafficking. “These tribes still don’t have the right codes [laws] to prosecute traffickers,” Imus-Nahsonhoya says.

And, she says, “We’re not prepared to deal with trafficking in tribal casinos.”

For example, Imus-Nahsonhoya and a fellow advocate were observing the hotel desk as an Arizona tribal casino when the spotted the signs of a prostitution ring checking in. “But when I informed casino security, they laughed at me,” she said. She then called the tribal police. After tribal leadership became involved in obtaining evidence, the incident led to the tribe providing regular training for casino workers on trafficking, and she’s provided five other tribal casinos in the state with similar training.

Also, large events such as the Super Bowl or the Phoenix Open golf tournament brings the pimps, Imus-Nahsonhoya says. That’s why she’s working with the PGA and other sports organizations to address these issues.

Imus-Nahsonhoya stresses that tribes should adopt ordinances that align with the Violence Against Women Act, such as the ordinance that the Navajo Nation has. And, she says, a few other tribes have these laws in their books. “Tribal leadership is key to addressing trafficking,” says Imus-Nahsonhoya.

Parents and guardians can also play a role in preventing trafficking. In addition to keeping close tabs on their whereabouts, a parent can take these steps to keep their children safe: teach kids about internet safety and monitor their internet and phone use, teach them about sexual exploitation and know the warning signs that their child is being “groomed” to be trafficked (see sidebar below).

Warning Signs Your Child May be at Risk for Human Trafficking

The grooming process often involves money, clothing or other expensive items like cell phones. These gifts will make the child feel special and could make them feel indebted. In time, they can create reliance as they become to rely on this person to meet their needs.

Making new friends is a great idea, but if these friends are older or more independent—it may be a warning sign. Traffickers will often lie about their age or use teens as recruiters. If your teen starts spending time with a new boyfriend or a new group of friends, ask questions. Knowing who your child is with and what they are doing is important for their safety.

If your teen was missing you would call the police, but there are other instances that should get your attention. Skipping school, missing curfew or unexplainable absences should cause you to ask questions. While these signs are not proof your child is being sex trafficked, it could be a sign of other risky behaviors that are leading to being trafficked.

Teens that are being groomed by sex traffickers may also have a change in behavior. If you notice that your child has become withdrawn, angry, depressed, changes in sleeping/eating patterns or other big changes, do not chalk it up to teenage hormones. Take the time to look further, especially when presented with the other signs mentioned above. (Courtesy Catholic Charities Arizona).