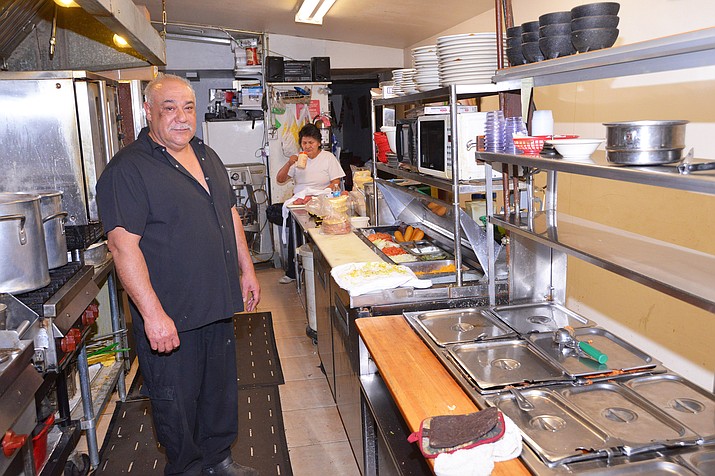 WINSLOW, Ariz. – The Brown Mug Café in Winslow is proud to be celebrating 61 years in 2019.

Serving great American and Mexican food, Josephina Perez took over the restaurant in 2009 from her mother Lucy Ono.

Perez is happy to continue her mother’s downtown cafe business as a Winslow intuition on old Route 66.

The restaurant has a rich history in the area and has gained some renown as a place to visit. A photo on the wall shows actor

Harrison Ford sitting in a Brown Mug booth enjoying his meal and in 2014, Arizona Highways rated Winslow’s Brown Mug one of its best restaurants of the year.

Additionally, the Brown Mug is known for treating employees well, having a very low turnover of employees. Perez said she adds herself to many day shifts to keep the restaurant humming.

“(We have) eight employees covering two shifts,” she said.

According to Perez, the most popular menu item is the Mexican combination plate, but she said they also have wide menu of burgers, steaks and pork chops as well as the Mexican fare.

The Brown Mug is open from 10 a.m. until 9 p.m. and has a banquet room available for groups.