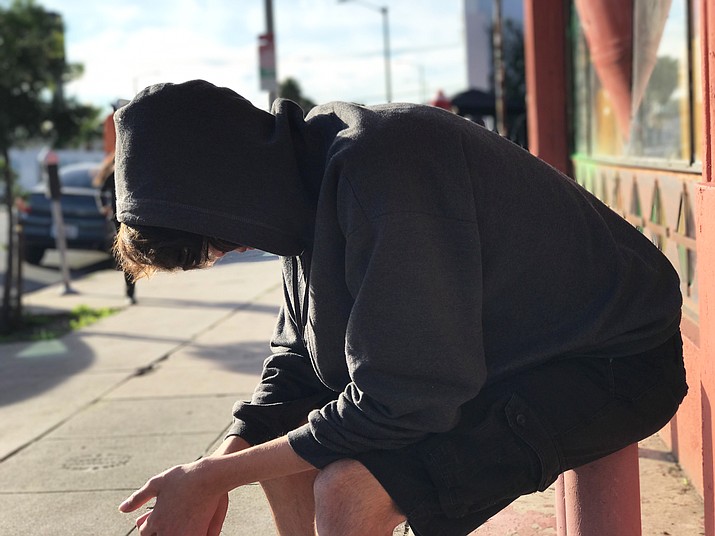 The StrongHearts Native Helpline is an organization that hosts focused on helping Native survivors of domestic violence and concerned relatives. They provide a “culturally-appropriate,” free, anonymous and confidential service to callers.

“Stalking is more common than people realize,” she said.

The month of January has been acknowledged as National Stalking Awareness Month since 2004 with the help of advocates.

The general definition of stalking is behavior that causes a reasonable person to feel fear, however, the definition can differ among tribes because they define it themselves.

Approximately half of American Indian and Alaskan Native women, which is 48.8 percent, have experienced stalking in their lifetime, according to a 2016 study by the National Institute of Justice.

Within the past year, approximately one in 10 Native women, 11.6 percent, have experienced stalking.

“It can turn into dangerous behaviors. People tend to say, ‘yes, just ignore him and he’ll go away.’ It doesn’t happen that quite often,” Jump said.

The person stalking can be a stranger, a current intimate partner or former partner.

According to the National Intimate Partner and Sexual Violence Survey completed by the CDC (Center for Disease Control and Prevention), participants said “stalking was often committed by people they knew or with whom they had a relationship.”

To put numbers to that finding, 66.2 percent of female victims were stalked by a current or former partner, 24 percent were stalked about an acquaintance.

The percentage for female victims being stalked by a stranger was lower, one in eight or 13.2 percent. For male victims, one of 19 have been stalked in their life.

Everyone having a phone and many people existing on social media platforms has influenced those numbers.

“It’s such a big part of our lives and many of those apps have location identifiers associated with them. It pops up with where they are,” Jump said in a phone conference. “It has increased the use of social media for those purposes and has definitely increased the statistics. It has made them higher than it would have been without those electronic forms.”

The location tagging on social media platforms, like the geotagging, can be used by stalker.

“With social media now, it’s so easy to track people with their location, you can see it on SnapChat wherever you’re walking or talking,” said Mallory Black, the organization’s communication manager.

Stalkers can use the geotagging to keep track of you without your consent.

Other signs of stalking can be the stalker sending unwanted gifts or messages, following you to work or events, showing up unexpectedly, listening into phone conversations, repeatedly calling or texting, sometimes calling and hanging up or driving by your work or home.

Cyberstalking was also included in the Violence Against Women Act in section 113.

StrongHearts also welcomes calls from people who are stalking.

“We try to help everybody and we do receive phone calls from people in domestic violence who are questioning their own behavior. We talk about what behaviors look like and do an assessment of what they look like, and healthy and unhealthy relationships,” Black said. “We definitely would have a conversation with them and provide education to them around their behaviors from us.”

One piece of advice Jump gave to those being stalked is to keep a diary. She said it will help keep track of incidents with dates, location, who you were with and logs witnesses. This information could help authorities.

“It can be hard to convince the authorities that what you’re experiencing might need to be addressed to the justice system,” she said. “Keep a diary of what’s going on so that if they want to seek a protection order or legal recourse they’re going to have to show that something has been occurring.”

Receiving attention from a stalker can be flattering but ultimately it’s about obsession, power and control, according to Black.

If callers dial outside of business hours, they can be connected with the National Domestic Violence Hotline.