Update: NGS to decommission plant
NTEC and Navajo Nation continue to search for a way forward for power plant 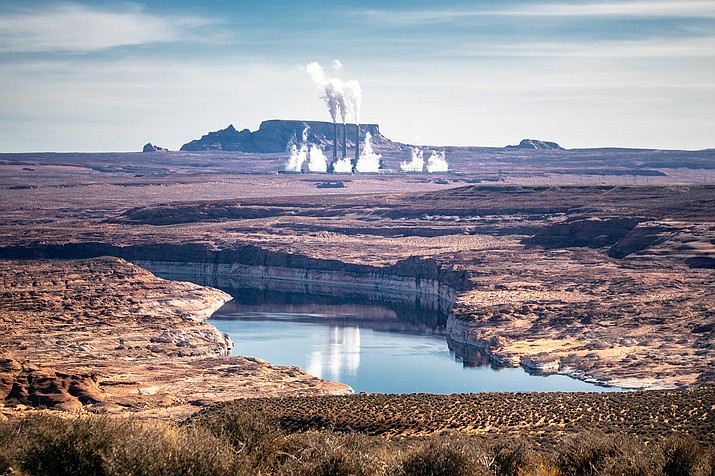 Navajo Generating Station owners said they plan to move forward with decommissioning the coal-fired power plant near Page, Arizona. NGS provides almost 1,000 jobs between the plant and the mine that supplies it. (Photo/Adobe stock)

FLAGSTAFF, Ariz. — Navajo Generating Station (NGS) owners said Feb. 28 that they are moving forward with plans to decommission the power plant in Dec. 2019, despite interest from the Navajo Transitional Energy Co. (NTEC) in purchasing it.

“While the owners have been willing to explore avenues for NTEC to assume ownership of NGS, NTEC is not able to provide the required assurances to protect the plant’s owners, their customers and shareholders in the event of a sale,” a press release from NGS owners said. “Because of time challenges to meet decommissioning obligations, the owners will move forward with plans to decommission NGS later this year.”

The owners decided in February 2017 that they would no longer own or operate the plant beyond Dec. 22, 2019.

The owners of NGS in the press release said they began discussions with NTEC in October at the request of the Navajo Nation and were in support of a “possible asset transfer and provided information related to NGS and by providing access to the plant.”

The plant’s owners said since they announced the decision to close the plant, they have granted several extensions and taken other steps to enable any interested entity to evaluate and potentially continue operations of NGS upon receipt of all necessary approvals.

NTEC said Feb. 28 it is still open to good faith negotiations to buy the power plant but in a later press release said that while it is doing its best to fight to save jobs for Navajo and Hopi families who work at both NGS and the Kayenta Mine, it does not believe that SRP is.

“Early in negotiations we became concerned that SRP was not interested in seeing NGS succeed,” said Clark Moseley, CEO of NTEC. “SRP is using their demand for an unnecessary and duplicative Navajo guarantee as a smoke screen to disguise their interest in shutting the facility to bolster their other business interests and narrow the energy market.”

NTEC insisted that it has “provided more than adequate customer liability protection and has worked hard to secure the deal by offering alternatives and expressing additional willingness to take on significant liabilities from SRP and NGS owners.”

“Nevertheless, SRP remains unwilling to compromise,” Moseley said. “NTEC has proven that they will operate the mine and power plant at a profit to the benefit of the Nation. This plan allows the Navajo Nation, not SRP, to manage their own energy resources and develop a plan for the Navajo people to transition these jobs for the future.”

Percy Deal, Navajo Nation resident and an advocate for shutdown of the plant, said the Nation should be talking with SRP, but about renewable energy, not coal.

While news of the breakdown in negotiations spread, groups that have long fought the power plant responded.

Nicole Horseherder of Tó Nizhóní Ání, a Native community group, said the plan to retire NGS in December provides full accountability and guarantees proper cleanup and reclamation while giving the owners the certainty they need.

“NGS owners and Peabody have mined and burned coal on Navajo land for 50 years,” Horseherder said. “That’s generations of contamination they are accountable for cleaning up, and the Navajo Nation should never let them off the hook for that. Coal markets are dead and this moment provides an opportunity for the Navajo Nation to stop wasting time and move on to build a clean energy economy.”

The Navajo Nation Council Speaker’s Office said that it is searching for answers at the impasse in negotiations between the owners of the power plant and NTEC.

The speaker’s office said in late 2018, former President Russell Begaye and former Speaker LoRenzo Bates sent a joint letter to NTEC requesting the company explore the potential acquisition of NGS and the Peabody Kayenta Mine.

The council said from the beginning it made clear that negotiations would be between the two companies, while the Navajo Nation and the council would need to approve all documents or agreements, according to relevant laws.

“Absent any finalized transaction documents, the Council cannot take action on the matter,” the speaker’s office said. “The council is fully aware of the constrained timeline required for a successful transaction and its members will continue to gather the necessary advisement on the implications of the owners’ fundamental conditions for a deal.”

“It generates pollution that has harmed Navajos for decades,” Tso said. “It depletes our vital water resources. And all of that together means it cannot be a part of the Navajo Nation’s future. We have seen the Navajo Nation waste millions on trying to keep coal alive at the Four Corners Plant in New Mexico and we cannot make the same mistake again.”

Plant owners said they will fulfill their obligations to the Nation and its employees as decommissioning commences.