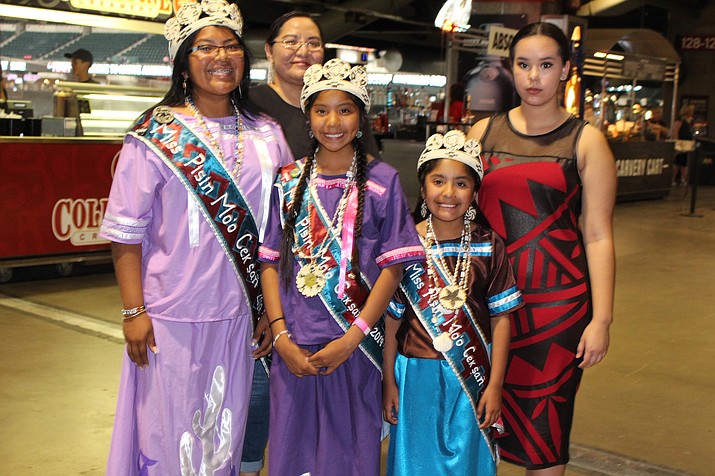 Dozens of tribal royalty were recognized during pregame ceremonies as they lined the right field foul line.

“It’s important to recognize the land and sacrifices of Native American people,” she said. 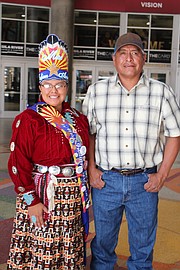 That is why Rockbridge plans on going into law and public policy and why she is majoring in political science at Scottsdale Community College, with plans to go to the University of Arizona.

“The sky’s the limit,” she said about her future.

Rockbridge also hopes to work for the Navajo Nation office in Washington D.C. where the tribe works with the federal government.

Miss Navajo Nation Pow Wow Princess Diinesha Francis, who hails from Fort Defiance, said NARD is important because it shows their culture. She praised the Diamondbacks for opening their doors to Native Americans.

Francis, who graduated from Ganado High School, works for the Navajo Nation in Window Rock in the Department of Family Services.

Cano Sanchez, from the Native American ban Clandestine, served as master of ceremony. His band is involved in suicide prevention, working with Aconav on fashion modeling, and branding of Warrior 52.

“It’s an honor to come out here to have Native American Recognition Day because it brings a lot of people together,” he said.

Sanchez praised the Gila River Indian Community and the Arizona Intertribal Council for supporting NARD along with the Diamondbacks opening the door for everybody.

Owens said she was really nervous about throwing out the first pitch despite playing softball previously. She is majoring in business finance at Chandler-Gilbert Community College.

NARD was sponsored by the Gila River Hotel and Casino with the first 20,000 spectators receiving Diamondbacks caps. A portion of the tickets went toward Native American programs in Arizona.