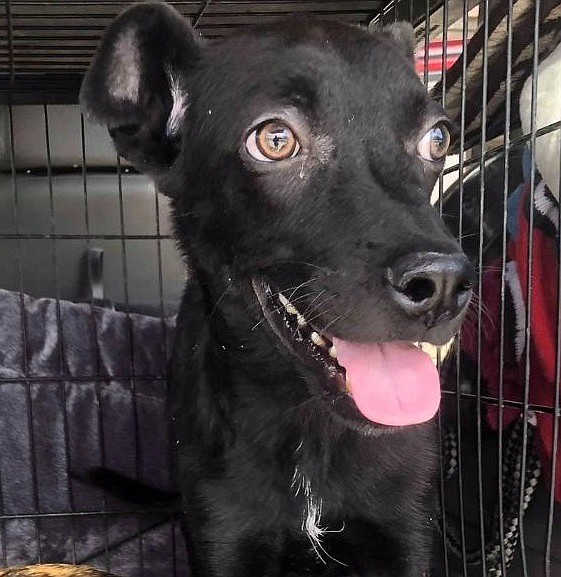 In the summer of 2018, a very ill, lethargic and dehydrated puppy was brought by a community member to Tuba City Humane Society (TCHS) volunteers with a severe tick infestation. 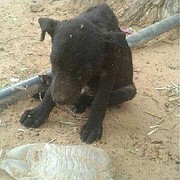 Ticks numbers are increasing in every environment. A major factor leading to this increase is climate warming.

Ticks bite a host only when the temperature is above 45 degrees (F). Longer and warmer temperatures enable ticks to thrive and move into new areas.

Ticks feed on many animal’s; however, dogs are the most common host.

Tick-borne diseases can be transmitted to humans. These diseases are carried by the ticks and contacted when the tick bites the host, buries its head into the skin, and gorges itself by sucking out the host’s blood.

Every spot on the puppy’s body had ticks attached with both ears full of many blood engorged ticks. So much of his blood had been sucked out by the ticks that his blood iron was very low (anemia). The puppy also had skin infections where the ticks had fed on him, as well as mange with mites and eggs found on his skin.

When ticks are present in the environment, humans and pets should be checked daily for ticks with ticks immediately removed. Decreasing the time, that a tick is on a host, limits the transmission of tick-borne diseases. Even removing an infected tick, within 24-36 hours of being bitten, can reduce chances of infection. 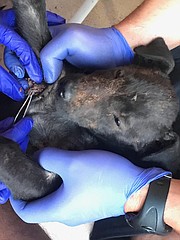 How to remove ticks (Wearing disposable gloves can decrease contact with blood, but washing hands with soap and water after removing the gloves is still necessary): 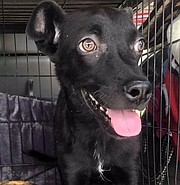 The puppy was first cared for by the TCHS volunteers, Jenny and Frank, who removed as many ticks as feasible and began rehydration.

Rose, the TCHS director, was able to locate a humane society in Phoenix which accepted transfer of this puppy into their care. He received the special treatment required to heal his tick-damaged body. The puppy fully recovered and grew into an adorable dog that was adopted by a loving family into their forever home.

More information about other recommended prevention measures is available at http://www.navajo-nsn.gov/PDF%20Files/2017/RockyMtnSpottedFever.pdf ).

Many of the italized comments are from a TCHS article published in the February/March Flagstaff-Sedona Dog Magazine. (www.FlagstaffSedonalDog.com).