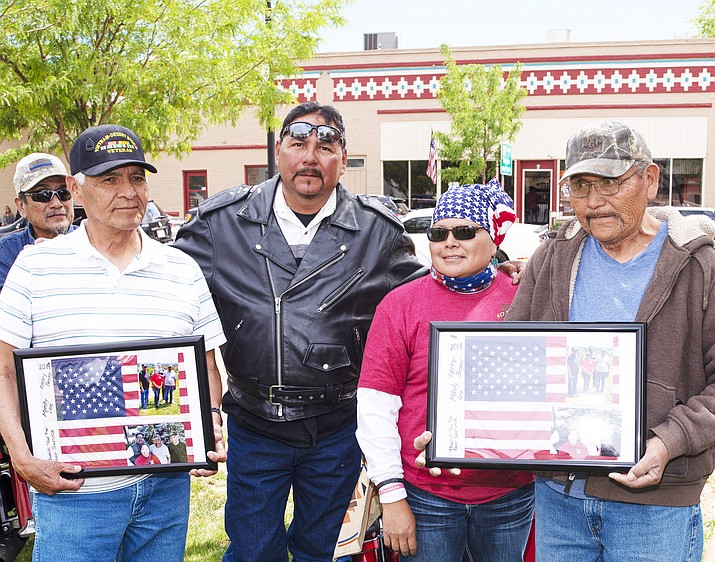 Four riders on three motorcycles from the Run for the Wall rest in downtown Winslow May 30. They were welcomed back home by the city of Winslow, friends and followers. Larry Begay and Mindy Lee rode on individual motorcycles and Don Lewis and Debra Kenna shared a bike on the ride. Other individuals welcoming them home include Layman Brown and Alex Ballejos, who were instrumental in placing “Stars and Stripes” over each veteran interred at Winslow’s Desert View Cemetery.