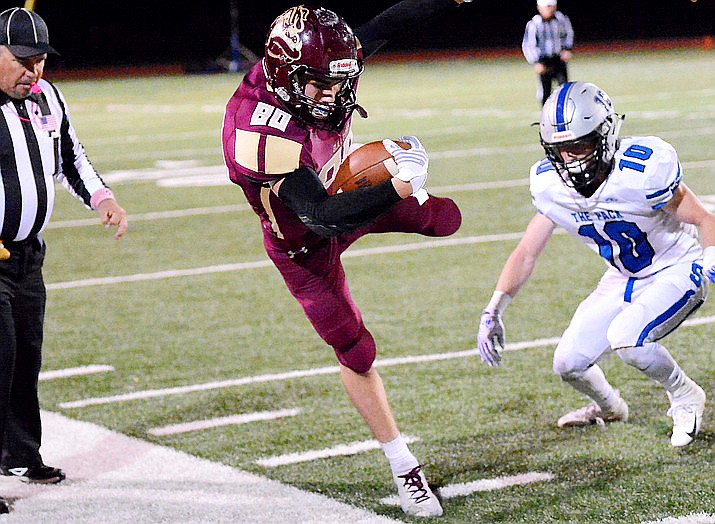 Winslow lost to the Snowflake Lobos, 24-0 in 2018. From left: Winslow Bulldog Michael Densmore is forced out of bounds. (Todd Roth/NHO)

WINSLOW, Ariz. — The Winslow Bulldog Football team returns for the season with ten scheduled games, five at home and five away.

The season kicks off Aug. 23 at Blue Ridge against the Yellowjackets followed Aug. 30 by their first home game against the Monument Valley Mustangs.

On Sept. 6 the Bulldogs play the Page Sand Devils at home. All games are scheduled to begin at 7 p.m.

On Sept. 13, the Bulldogs travel to Chinle to meet the Wildcats in a game slated to start at 6 p.m.


The last regular season home game will be Oct. 25 against the Payson Longhorns.

The final game of the regular season will be played at Snowflake against the Lobos.

Bulldog players, coaches and fans are hoping the team will have playoff games coming in November.