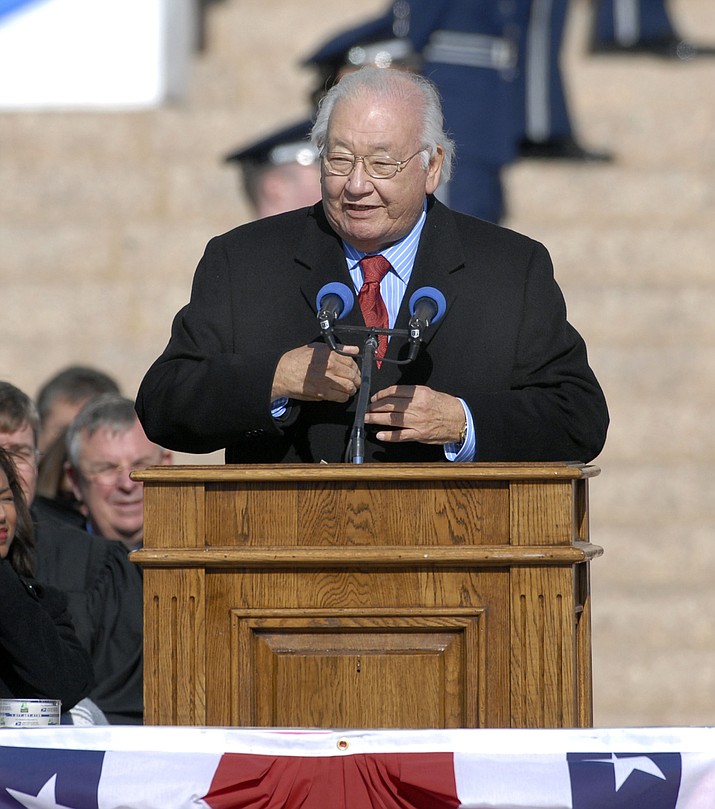 CINCINNATI (AP) — A Native American author whose writings have highlighted his indigenous culture is this year’s winner of a lifetime achievement award celebrating literature’s power to foster peace, social justice and global understanding.

A Kiowa Indian, Momaday earned the 1969 Pulitzer Prize for fiction with “House Made of Dawn,” about a young man returning to his Kiowa pueblo after serving in the U.S. Army. His 1968 book has been credited with leading a renaissance in Native American literature .Born in 1934, Momaday grew up on reservations in the southwestern United States, where his parents were teachers.

He drew from Kiowa history and folk lore for “The Way to Rainy Mountain” in 1969 and wrote about the influence of ancestors and traditions in his early life in “The Names: A Memoir” in 1976.

Sharon Rab, founder and chairwoman of the peace prize foundation, said Momaday’s work shows the “power of ritual, imagination, and storytelling” to produce peace through intercultural understanding and that it honors and safeguards “the storytelling traditions of our nation’s indigenous communities.”

Momaday said in a statement that peace is the objective of human evolution, and literature is the measure.

“The history of human experience is in many ways a history of dysfunction and conflict, and literature, because it is an accurate record of that history, reflects not only what is peaceful, but what is the universal hope and struggle for peace,” he said. “Literature and peace are at last indivisible. They form an equation that is the definition of art and humanity.”

This year’s awards gala will be Nov. 3, when Momaday will be joined by the 2019 winners of awards for fiction and nonfiction who will be announced Sept. 17