Were horses in Native culture before the settlers came? New study says yes 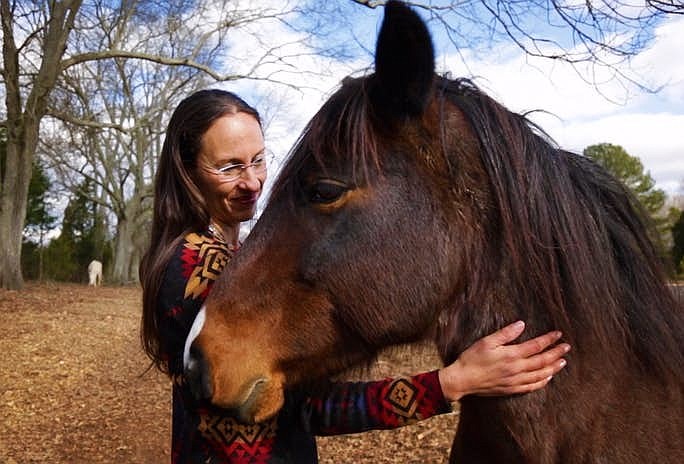 Yes world, there were horses in Native culture before the settlers came.

Yvette Running Horse Collin’s recent dissertation may have rewritten every natural history book on the shelf. A Lakota/Nakota/Cheyenne scholar, Collin worked within the University of Alaska Fairbanks’ Indigenous Studies program to synthesize fossil evidence, historical documents and oral history to present a compelling new story of the horse in the Americas.

A horseman is shown in a petroglph at Alto de Pitis, Peru as featured in "The Relationship Between the Indigenous People of the Americas and the Horse: Deconstructing a Eurocentric Myth” by Yvette Running Horse Collins PhD Dissertation at University of Alaska, Fairbanks. (Photo courtesy of Indian Country Today)

The horse was here well before the settlers.

“We have calmly known we've always had the horse, way before the settlers came. The Spanish never came through our area, so there's no way they could have introduced them to us," reads one quote from a Blackfoot (Nitsitapi) study participant in Collin’s doctoral study.

According to Collin, Columbus didn't introduce them.

The original theory accepted by the Western world was that there were no horses in the Americas prior to Columbus’ arrival in 1492. The Western world concluded that all horses of Native American peoples were, therefore, descendants of horses brought from overseas.

This theory was to change, however, after paleontology pioneer Joseph Leidy discovered horse skeletons embedded in American soil in the 1830s. They were dated to be the oldest of any found in the world.

According to Collins' dissertation, the American scientific community was outraged and questioned his findings. Ultimately, they were forced to accept the evidence he provided.

At this point, the narrative shifted to say horses originated in the Americas, but were later completely extinguished because of the last Ice Age period (roughly 13,000 to 11,000 years ago). Thus, the Spanish were still believed at that time to have “reintroduced” the horse to the Americas in the late 1400s.

But on account of Collin’s work, the theory is being changed once again to say Native Americans always had a sustained relationship with the horse. In her dissertation, Collin compiled a list of fossil and DNA evidence dating to after the “extinction” period.

“The wonderful thing is that we now have Western technology that can provide very accurate dates,” said Collin in a recent interview. “Many studies show that these horses were present after the very same Ice Age that supposedly wiped out them all out. So, the most compelling data to support the Native narrative is actually from a lot of the western scientific measurements that are coming out.”

Collin didn’t stop there, however. She also drew from recorded observations in the diaries and maps created by explorers such as Sir Francis Drake, Sebastian Cabot and other early Spanish conquistadors. Collin points to the first recorded sighting of horses with Native peoples in the Carolinas: 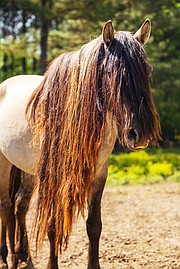 “Columbus brought the first Spanish horse to the Caribbean in 1493,” Collin said. “The first documented arrival of horses on the mainland, near what we now call Mexico City, was in 1519. The Spanish took meticulous records of every mare and stallion. The first recorded sighting of Native people with horses, however, was in 1521 and that was in the Carolinas. No Spanish horses were recorded as missing during this period. There’s no way Spanish horses could have made it through the dense forest and swampland to the Carolinas and repopulated in just two years.”

Collin also drew from interviews with American Indian study participants from seven different nations. Every indigenous community interviewed reported having horses prior to European arrival, and each community had a traditional creation story explaining the sacred place of the horse within their societies.

“I didn't expect that,” Collin said. “If you lay out a map, these nations are all over the place. These communities do not speak the same language, share the same culture or the same geographical areas. Yet, their oral histories were all completely aligned. They each shared when the horse was gifted to them by the Creator, that the acquisition was spiritual in nature and that they did not receive the horse from the Europeans.”

The dissertation put forward as a basis of argument that the discrepancy between the Spanish reintroduction theory and the story reflected by current evidence has to do with a cultural bias that is still present within Western academia. Collin theorizes that because horses were a symbol of status and civilization in Spain during that time, and because conquerors needed to illustrate the Native people as savage and uncivilized to justify their conquest to the Queen of Spain, the truth about the relationship between Native peoples and the horse was purposefully distorted.

“When Columbus came, the Spanish had just finished an 800-year war with Muslims,” Collin cited. “Queen Isabella gathered every horse in the vicinity and those horses became part of her army. With that horse power, she was able to conquer the Muslims. So, the horse was incredibly valuable. You'll find paintings of her on these beautiful palominos. The horse was very much connected with nobility, power and the concept of ‘civilization’ for these people.”

For this reason, she puts forth through an intercultural translation lens, the history of the relationship between the Indigenous peoples of the Americas and their horses was covered up and rewritten.

Collin currently takes care of over 100 horses she claims to be descendants of the ancient horse of the Americas. Some have manes that grow down to the ground. Some have stripes on their legs. Some have spots all over. Some are much smaller than most horses. Some have curly hair.

Her hope is to find more caretakers for these horses and create a movement of Indigenous horse culture revitalization. Collin says according to her ancestor’s ways, she refuses to sell her horses but gifts them to people who are interested in them for ceremonial or healing purposes and are willing to care for them according to her cultural traditions.

Collin seeks to inspire more research to illuminate the truth behind what the government has labeled as “feral” so that wild horses can be protected by the Indigenous Species Act.

“You have whole horse populations that are so run ragged, so stressed out by the helicopters and the constant running from the government,” Collin said. “Then if you take a closer look, this land that the horses are on is the same land from which corporations are trying to extract resources or water. So, they’re just moving them around, taking away their homeland and their ability to have any habitat that’s at all livable. Nobody can be healthy when you run them that hard and make no place for them. They’re going to get sick, right?”

More inforamtion about Collin’s horse programs, ways to visit her museum on the Indigenous horse and the dissertation is available at www.SacredWaySanctuary.org.