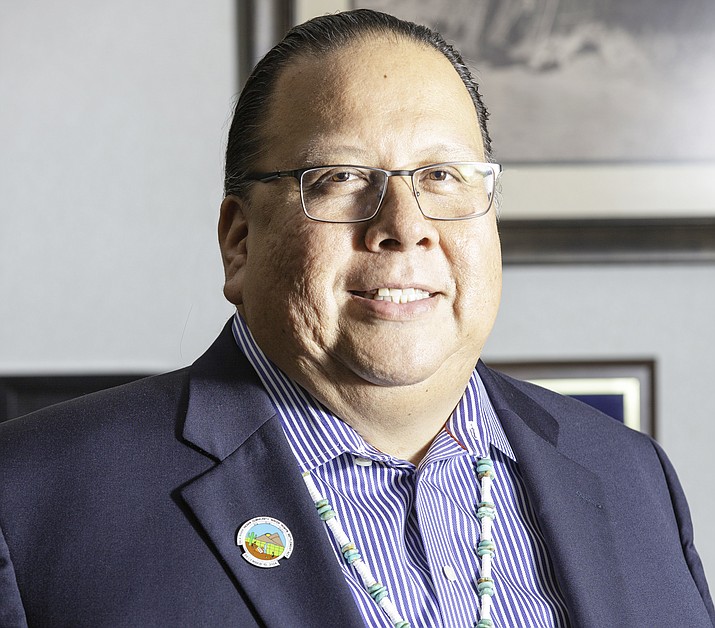 PHOENIX — A conference at the Gila River Indian Community about Missing and Murdered Indigenous Women (MMIW) recently drew officials from the Department of Interior, Bureau of Indian Affairs, Association for Native Americans and 30 tribal leaders from throughout the U.S.

About 50 people attended the meeting at the GRIC healthcare administrative offices.

GRIC Gov. Steven Lewis said the federal government wanted to hear from tribal leaders about what the gaps and needs are of the tribes regarding MMIW. Lewis said the issue has recently been getting attention with state and federal legislation. Lewis said the state director for U.S. Sen. Martha McSally and Christine Firethunder from the Arizona office of Indian Affairs also attended.

Lewis said his tribal members are concerned about the lack of data regarding MMIW, especially when they leave the GRIC.

“Sometimes they fall between the cracks of jurisdiction,” he said.

Lewis said while women are getting the attention there are a good amount of men missing in Indian country.

“We know that women and children are the most vulnerable when it comes to human trafficking,” he said.

Lewis said Tara Sweeney, assistant director of Indian Affairs for the Department of Interior, was there and wanted to know what steps tribal leaders wanted to be taken next.

“We are looking at programs and funding for cold cases,” he said.

Lewis said tribes are also looking at what actions they need to be taking regarding MMIW. He said the problem facing GRIC is its reservation bisects Interstate 10, which is used by human drug traffickers and drug lords.

“We cannot wait for the state or federal government to act,” he said.

Thus, the GRIC is coordinating their services to prevent and address problems with MMIW. All of the stakeholders meet monthly including police, social services and housing.

“It’s a coordinated approach to get data and see where we need to put our tribal resources,” he said.

Lewis said GRIC wants to work with tribes and serve as a role model for other tribes in addressing MMIW.

“But first we need data to get a real time view of what’s going on,” he said. “This is the first step. This was a good first meeting.”

GRIC a leader among tribes

Other tribes may be looking toward GRIC for leadership because the GRIC is one of the most successful tribes financially and independently thanks to one of the biggest water settlements in U.S. history and because of its thriving casino.

In 2004, GRIC had the largest water settlement of its kind in U.S. history, gaining the tribe not only their share of the water rights from the Colorado River, but also an agreement on a delivery system to get the water to GRIC.

Lewis is proud that his father was the major mover and shaker in that water settlement.

“We, including my late father, made sure we not only had the water on paper, but that we would receive the wet water along with the delivery system,” he said.

Lewis said this was part of the U.S. government’s trust responsibility to the tribes since the government failed to keep up water canals and the water system.

The money that GRIC received in the water settlement will be used for one of its largest capital projects — to manage and oversee a state of the art water system with water gates, canals and technology. The best part, Lewis said, is that they will be constructing the water system themselves.

“It will be the largest entitlement of Colorado River water that is delivered through the CAP (Central Arizona Project),” he said.

GRIC has water rights to the Gila River but the flows on the Gila River are irregular depending on the annual snowpack. Lewis said Colorado River water is expensive to have delivered, so the money GRIC received in the settlement was crucial to getting the water.

Lewis said when he became governor in 2014 one of his goals was reengage the water settlement meaning “it was one thing to get the water, but it’s another to implement it.”

“The goal is to support a new generation of farmers, hydrologists and water engineers,” he said.

Lewis said, so far, the water project is on time and under budget serving as a model for Indian country.

“We will train and educate our people to run it,” he said. “We have to make sure we have a sustainable plan with resources for buying water. We have to provide water for the future.”

Lewis said the water settlement is reinvigorating the farming that has been a GRIC tradition for thousands of years. He said Gila River Farms was the tribe’s first business long before the casino. Lewis said the settlement was based on making sure the tribe had enough water to run the farms and improve their agricultural market.

“We want our farmers to give opportunity to other farmers,” he said.

Gila River Farms has been selling crops off the reservation for years, especially alfalfa, which is priced high on the market right now. Cotton is also popular. Gila River Farms is known for its own Pima cotton.

“We want to get more into organic crops,” he said.

Lewis is also a supporter of renewable energy as a way to make the tribal government more self-reliant. GRIC has its own health care, first responders, police and utility authority. The utility building is solar powered and has solar on the covered roof parking.

GRIC has around 23,000 tribal members with about half living on their reservation. GRIC is working with Arizona State University’s construction school for energy efficient homes including using water saving plumbing in a traditional design.