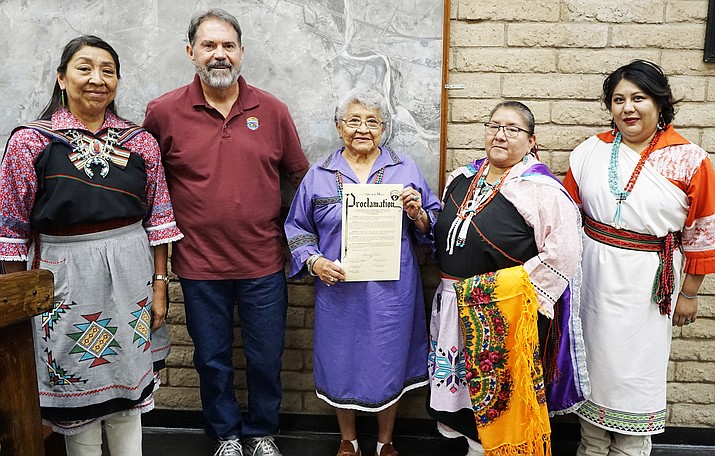 A proclamation issued by Winslow City Council names July 26 -27 as Laguna Colony Days in Winslow. The proclamation honors Laguna Tribal members who settled in Winslow and reads, in part, that “the agreement between the railroad and the Laguna Pueblo was called ‘The Watering of the Flowers of Friendship.’ The proclamation was presented by Winslow Mayor Tom McCauley to four Winslow residents who lived in the boxcars; Denise Estudillo, Rosemary Natseway, Deb Stacey, and Larri Lynn. From left: Estudillo, McCauley, Natseway, Stacey and Lynn.