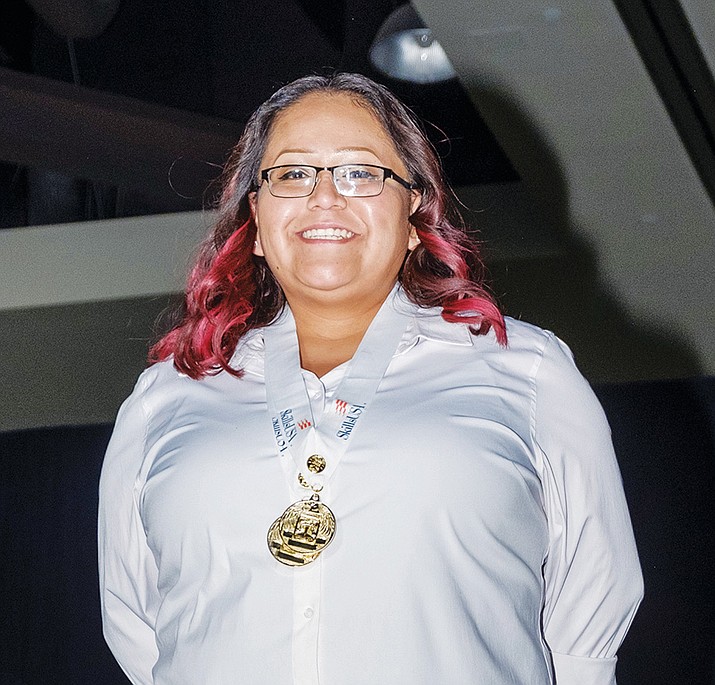 Carr competed in the post-secondary cosmetology competition and is one of seven NPC students who competed at nationals and one of the four who earned a top 10 finish.

“It definitely was an awesome experience for me,” Carr said of the national SkillsUSA event. “The experience motivated me to continue to practice so that I will one day compete in OMC Hairworld, the largest beauty competition in the world.”

Carr said she was extremely proud that most of the competitors at SkillsUSA nationals were already licensed professionals in the field with lots of experience.

“With me being in school and placing where I did, it makes me confident that I will succeed as a professional,” she said. “I am very thankful for my wonderful NPC instructors who constantly show their support in all that I do.”

NPC student Kylie Peck won the national championship in post-secondary employment application process for the second year in a row. Last year, she became just the second student in NPC history to win a gold medal at nationals, and now she is the first NPC student to win two golds at the highest level of SkillsUSA competition.

SkillsUSA is a partnership of students, teachers and industry working together to ensure America has a skilled workforce. SkillsUSA helps students excel by providing educational programs, events and competitions that support career and technical education in the nation's classrooms.