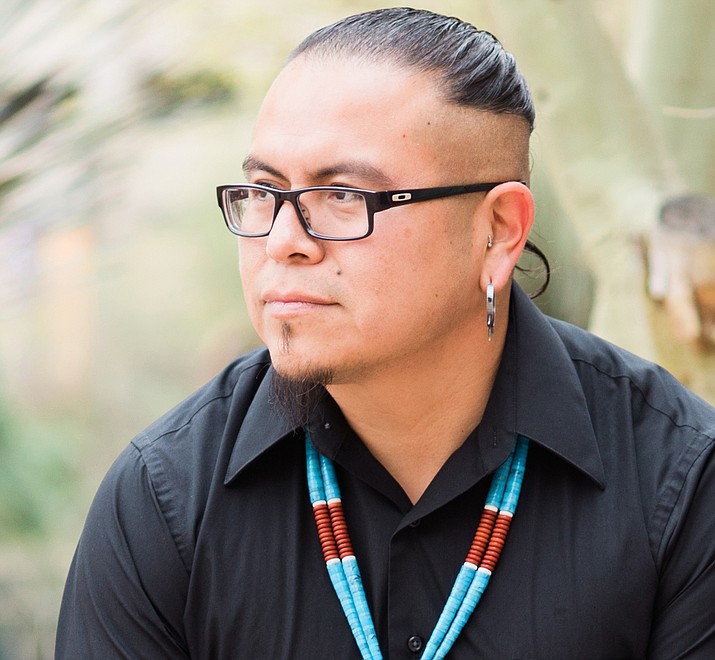 Loren Aragon is a Native fashion designer behind the popular Aconav brand and has gained popularity with celebrities and production companies, including Disney. (Photo/Loren Aragon)

PHOENIX, Ariz. — Aconav, a Native American fashion brand, has taken the fashion world by storm showing that Native Americans can be successful in the world of fashion.

Fashion designer Loren Aragon’s success is widespread with dresses on exhibit at Disney and outfits worn on the red carpet at the Tony Awards and receiving a lot of support from the general public.

“Aconav is important because we need to showcase that our culture is still here,” he said. “We need to preserve our culture and not just through our traditional arts.”

The Aconav brand’s main focus is on dresses that have Acoma designs, but Aconav accessories include jewelry, scarves and bolo ties.

In 2018, Disney approached Aragon at the Santa Fe Indian Market to design something for his changing and creative innovation in an American Indian art exhibit.

“They loved what I was doing by putting the pottery designs into fashion form,” he said.

At the time, Aragon had a hard time believing that Disney was asking him for his design. He became an Imagineer — a person who works behind the scenes at Disney and created a dress for a Disney princess that included his Acoma culture. 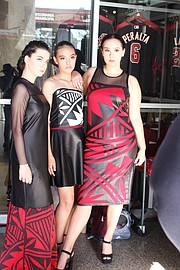 Aragon has also outfitted a design for the red carpet at the Tony Awards. Colleen Jennigs Roggensack, executive director and vice president of cultural affairs for Gammage Auditorium at ASU, is one of the voters for the Tony Awards and asked Aragon to come up with a design. Her staff had been following Aragon and wanted to work with him for an outfit.

“This was another way to high has been working to bring more attention to native productions at Gamage.

Aragon said the Acoma culture is not known much outside of their community. He said an important part of Aconav is celebrating women through fashion.

Aragon said he loves Aconav because it gives him the freedom to create and express his ideas into something, but also gives women a chance to empower themselves.

“People can see and feel something when they put on the garment,” he said.

Aragon came into the fashion industry by accident — he said the industry was not even on his radar.

Aragon earned his engineering degree at Arizona State University, but 12 years later wanted something different than that profession. Loren and his wife Valentina started a greeting card company in 2009, but they wanted to do more with their native art. After going to Santa Fe Indian Market, the couple decided to get more involved with their native jewelry and sculpture, but Loren’s mother and aunt were seamstresses so it seemed natural to put their pottery art into their fabrics. There were no other fabrics on the shelf that identified with their culture.

“People liked it so much that it gave me an inspiration,” Loren said.

So, the Aconav fashion brand was born in 2016. Aconav stands for Acoma and Navajo. Loren is Acoma and Valentina is Navajo.

Aconav soon after garnered attention from the fashion world when they won a second place award in 2016 and a first place award in 2017 during Phoenix Fashion Week. The awards were for couture, which designs clothing specifically to a body type.

Aragon said the goal is to become more of a global brand so they can get more exposure and let people know who they are in the fashion world.

“This can be an example for other native designers. We have cultures that are unique and different. We can represent ourselves on the same stage as other designers,” he said.

Aragon said many people, including Acoma and Navajo, have responded well to the fashion brand.

“We’re respectful of cultures. Our (Acoma) pottery culture is already out there and showcased worldwide,” he said. “Younger generations are catching on to this. People are reaching out about the need to educate youth on what we are doing. We haven’t heard anything negative. We keep it in a positive light.”

Aragon will reach out for events that will give people a chance to see their Aconav brand. At the end of July, Aconav will be at the features and fashion show in Denver.