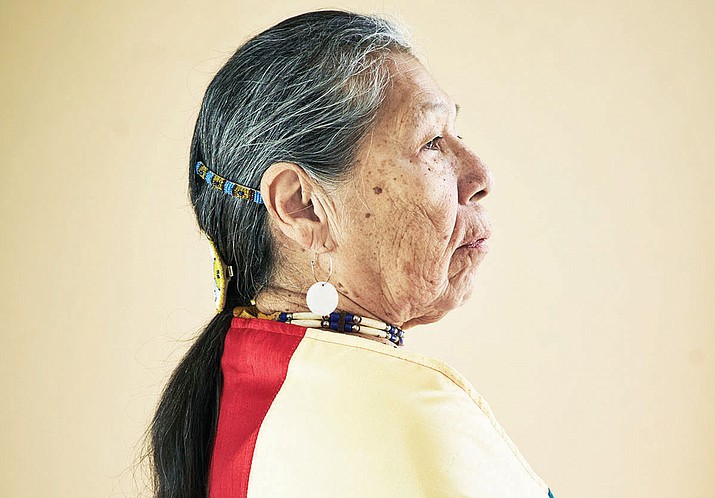 FLAGSTAFF, Ariz. — The Red Screen film festival, an indigenous celebration of Native filmmaking, debuts in Flagstaff July 24-28 with highlights including a spotlight on Diné director Sydney Freeland, Arizona premiers of films from Australia and Canada and a tribute to Hopi filmmaker Jake Hoyungowa.

There will also be a focus on Navajo filmmakers July 28 and a talk by Dustinn Craig will take place at the Museum of Northern Arizona July 27. Craig will talk about his career as a Native filmmaker and indigenous storytelling and self-representation.

The other films will screen at Harkins Theaters. Tickets are free, on a first-come, first-served basis, tickets are not needed, but ticket holders will be seated first.

There will also be a discussion after each film which Shepherd Tsosie, co-director of the film festival, said is important, even if the film is a short documentary. 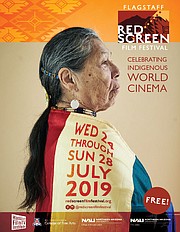 “I think sadly there are still a lot of stereotypes about Native Americans and the lives that we live,” Tsosie said. “They’re still very prevalent. If you go onto social media, it’s everywhere. I want to do my part in not only dispelling those stereotypes but also having conversation, having dialogue. Hopefully, we’re learning a little bit more about each other.”

Film is a good medium to be able to share some of these stories, Tsosie said, because of its ability to move people in many different ways.

“You can be happy and sad and riled up and angry after watching the films,” Tsosie said. “And hopefully that will start to get the wheels turning and you can start to think a little bit more about lives that you don’t really know anything about.”

“If you happen to be non-indigenous films and you come across these films and you watch it and you’re astute to that kind of communication happening within the films, I think, again, you’re seeing a more nuanced discussion and commentary on activism or residential schools or racism,” Tsosie said. “The films are all really powerful and nuanced and very sophisticated in what they try to communicate to the audience.”

On July 28, the festival will have a tribute to Hopi filmmaker Jake Hoyungowa, who recently passed away. The film will also focus on Navajo filmmakers. Tsosie said most people in the film community had worked with Hoyungowa either presenting his films or working with him and Deidra Peaches on various projects.

“I really feel that Jake was deeply embedded within the film community here northern Arizona and it just seemed like a no-brainer,” Tsosie said. “He had given so much to the film community, the creative community here in Flagstaff. If we were going to have a film festival in Flagstaff, he would be a focus. I’m really glad that we can work with Deidra Peaches to show two of his films on Sunday and say a few words about Jake as well. And speak to not only how influential he was to building this community in Flagstaff but also the way he supported that community.”

Cegielski grew up in Flagstaff before making his was to L.A. via the University of Arizona’s film program. 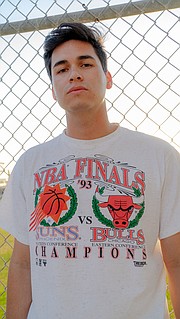 Cegielski said his parents showed him a lot of different movies and as he got older, high school age, he started thinking more and more about what he wanted to do with his life.

He studied creative writing at the University of Arizona, which is where he discovered the school’s film program where — if you were accepted, you would get to make a short film.

He felt he had a ton of stories to share and figured he should go for it.

Cegielski said he has made a few short films and some commercial pieces. Some of those will be shown at the film festival in Flagstaff. One of these is ‘Bloodlines,’ a film about two brothers seeking to earn the respect of their gruff father by hunting a wolf that has been killing their livestock. This short film was Cegielski’s thesis at the University of Arizona.

“This film got my career solidified and showed that I could actually make films,” he said.

Cegielski will also show ‘Fight before the Fight,’ a portrait of Jake Rameriez, an up-and-coming Muay Thai fighter based in Sylmar, California. He shares the story of his life before fighting and the vicious incident that pushed him into the sport.

“I love seeing them and I love sharing them with people,” Cegielski said. “I love allowing them to screen and I love allowing people to actually go into the theater to see my work. It’s pretty still surreal for me. I always still get those jitters. I still always get that anxiousness of whether they’re going to like it or not.”

But showing his films in Flagstaff is great, too, Cegielski said.

“It’s my hometown. It’s what made me want to be a storyteller. To finally show them the things that I’ve been doing," he said.

Cegielski said he is excited the film festival is showing in Flagstaff partly because of its Native population. He hopes indigenous audiences and their kids and people from the Flagstaff and other nearby communities can see what kind of stories they’re telling and showing.

“I hope there are Native filmmakers out in the audience and I hope that we can show them that this is possible and people want to hear your stories,” he said. “I think, growing up in Flagstaff, I’m a pretty colonized indigenous individual.”

Cegielski said that colonization limits him on what kinds of stories he can tell — he doesn’t know if he can tell a full on reservation story.

“But, hopefully, my stories can show some of these rez kids that you can actually go do it,” he said. “You can actually learn how to make these and you can go tell those stories.”

He hopes a lot of non-Native audiences come and see the films as well.

“Growing up in Flagstaff, I grew up with a lot of Native and Hispanic kids, but I also grew up with a lot of white people,” he said. “White people, of course in Flagstaff… I wouldn’t go so far as to say racist, but I think they have a stereotypical view of Native people. I hope they also get to see these other stories of how we see ourselves and erase a lot of those stereotypes that they’ve build up.”

“I hope that we can help inspire and we can show the hours of work that we’ve being doing to our community and at the same time within that community and the other half of the community that we can teach, I guess, show," he added.

Cegielski said the experience is unique, the ability to see Native filmmaking in a theater and a Harkins Theater at that.

“I want to have Flagstaffians come out and support,” he said. “How often do you get to see home bread filmmaking in a theater? In a Harkins theater. It’s so funny. Out here (in LA where he now lives) we don’t have Harkins. I’m like, ‘hell yeah, I’m going to go to Harkins and see my own movie. And that’s really, really cool. I’m very excited about it.”

More information about the films or the festival is available at https://www.redscreenfilmfestival.org/