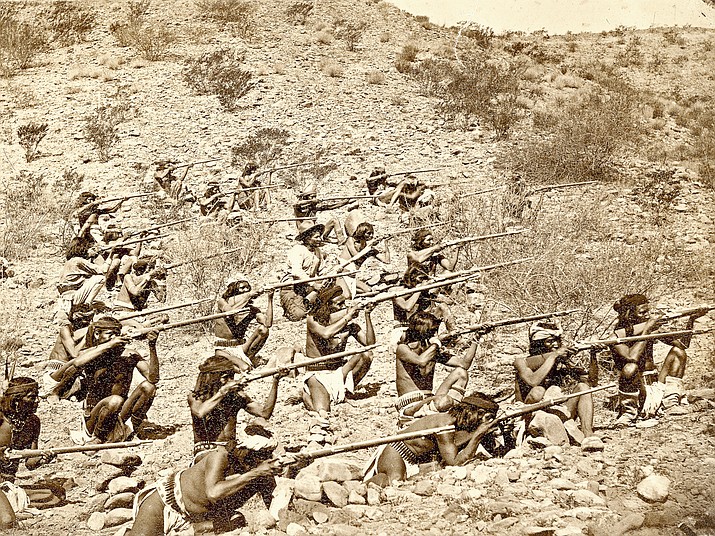 Native Americans have served in every major U.S. military encounter from the Revolutionary War to today’s conflicts in the Middle East in higher numbers per capita than any other ethnic group. 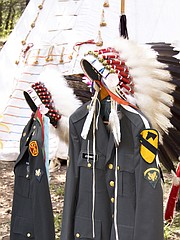 The 16-panel exhibition documents 250 years of Native peoples’ contributions in U.S. military history and remains on view from June 28 through July 21 (weekends only) from 10 a.m. to 4 p.m. at the Fort Tuthill Military Museum, 2446 Fort Tuthill Loop Rd. Flagstaff, Arizona.

“Tens of thousands of Native Americans joined the U.S. armed forces during World Wars I and II. Forty-four thousand Native Americans served in World War II; the entire population of Native Americans was fewer than 350,000 at the time. They are Purple Heart recipients and Bronze Star medal honorees. Many have been recognized with the Congressional Medal of Honor, the United States’ highest military award,” said Herman J. Viola, curator emeritus of the Smithsonian’s National Museum of Natural History and curator of “Patriot Nations.”

“Patriot Nations” also calls attention to the creation of the National Native American Veterans Memorial on the grounds of the museum on the National Mall.

Congress has charged the museum with building the memorial to give “all Americans the opportunity to learn of the proud and courageous tradition of service of Native Americans in the Armed Forces of the United States.”

Working together with the National Congress of American Indian, Native American veterans, tribal leaders, historians and cultural experts, the museum will complete the memorial by Veteran’s Day 2020. More information about the memorial is available by visiting AmericanIndian.si.edu/NNAVM.

“Patriot Nations: Native Americans in Our Nation’s Armed Forces” is made possible through the support of the San Manuel Band of Mission Indians.

About the National Museum of the American Indian

The National Museum of the American Indian is committed to advancing knowledge and understanding of the Native cultures of the Western Hemisphere—past, present and future—through partnership with Native people and others. Located on the National Mall at Fourth Street and Independence Avenue S.W., the museum is open each day from 10 a.m. to 5:30 p.m. (closed Dec. 25). More information is available at AmericanIndian.si.edu