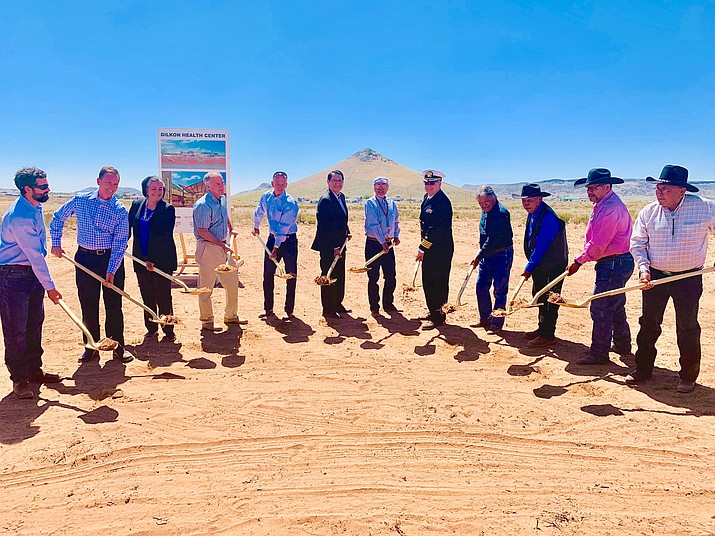 DILKON, Ariz. — On June 25, the Dilkon community reached another milestone with the groundbreaking of the new Dilkon Medical Center, which will provide medical services to thousands of Navajo people in Dilkon and nearby communities in the Southwestern portion of the Navajo Nation.

“Today’s groundbreaking is the result of years of the hard work and persistence of local officials working in partnership with the Winslow Indian Health Care Center. This project symbolizes what can be accomplished to meet the health care needs of our Navajo people by working together and by empowering our communities,” Nez said. “The Nez-Lizer Administration supports local self-governance.”

Winslow Indian Health Care Center Board of Directors Chairman Robert Salabye thanked the Nez-Lizer Administration for supporting local empowerment with the signing of the letter to the IHS, which allowed the project to move forward.

Lizer also commended the local officials and thanked them for remaining determined to help their community members.

“The community of Dilkon has a vision for their people and that encompasses community and economic opportunities and growth. This new medical center will be a major part of developing that overall vision to create jobs, revenue, and sustainability,” Lizer said.

Nez and Lizer said their administration continues to advocate for water projects and resources that would bring more water to the Dilkon area and surrounding communities for other development initiatives.

“If we bring water resources, the possibilities are endless for our Navajo people,” Nez said. “The community of Dilkon is practicing the Navajo teaching of T’áá hwó’ajít’éego, or self-reliance, to be less dependent on the central government and to help build and strengthen their community.”

Nez also recognized and thanked Norman and Marie Nez, whose family forfeited their grazing permit to allow for the construction of the medical center on their designated grazing area.

According to Winslow Indian Health Care Center, Inc., the construction of the Dilkon Health Center is expected to be completed by 2023.