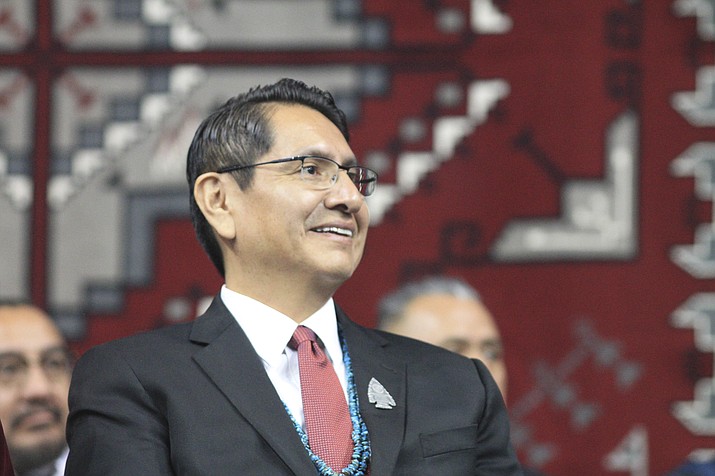 Navajo Nation President Jonathan Nez said a recent decision to exempt Arizona tribes from work requirements for those under a Medicaid program is a victory. (Loretta Yerian/NHO)

The announcement by the Center for Medicare and Medicaid Services (CMS) was approved Jan. 18.

“This is definitely a victory for all Arizona tribes, particularly for those who rely on these important benefits to support their families,” Nez said. “The Navajo Nation played a major role in advocating for this decision, which sets a precedence for all of Indian Country.”

On April 13, 2018, Arizona Gov. Doug Ducey signed into law H.B. 2228 sponsored by State Rep. David Cook (Dist. 8 – R), which changed Arizona statute to ensure the work requirements imposed by the Trump administration would not apply to Arizona tribes based on the unique legal status of tribes, and because of the federal trust responsibility to provide health care services to American Indians, as established per an amendment to the Social Security Act.

Officials with the Navajo Nation Department of Health and former chair of the Health, Education, and Human Services Committee Jonathan Hale, were among others who provided testimony and support for the state bill.

“When tribes work together, we can overcome many obstacles and create positive change for our people,” Lizer said. “The work requirements would have been harmful for many Navajo families across the state.”

Arizona Rep. Cook said he is honored to be one of the voices for Native American tribes in Arizona and offered his continued support.

“I am proud and honored to have championed the tribal waiver bill that was truly needed for Native Americans in Arizona, who have unique challenges in and around their areas, especially in rural Arizona – the solutions are extremely different than what is needed in urban and metropolitan areas,” Cook stated.

The decision by CMS paves the way for all other tribes across the country and further protects and upholds tribal sovereignty, according Nez.