Wild horse population is booming, so what’s the real solution? 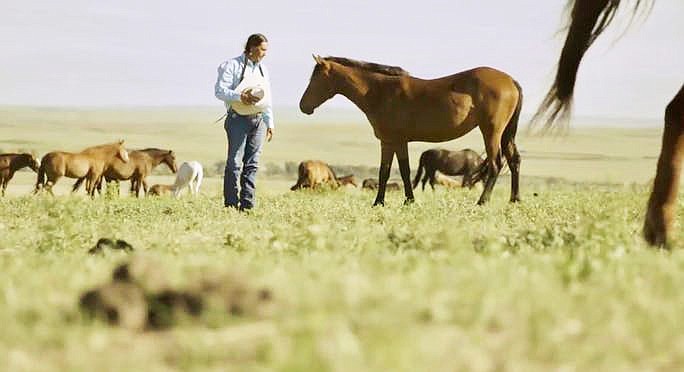 Wild horses are being captured, put in prison camps and sent to slaughter — The CANA Foundation is working on a solution.

Tribal nations have their own creation stories and many include equine beings that are instrumental in the development of humans. Horses are still held in high esteem within many indigenous communities, including tribes in the U.S. But there is an intense debate about the overpopulation of wild horses and overgrazing, and what to do with those who get captured and corralled.

Re-wilding is a relatively new term used for “bringing things back to an ancestral way of being, an original way of being,” according to Manda Kalimian, founder of the CANA Foundation based in New York state. The foundation works to re-wild the estimated 60,000 wild horses held in government holding facilities — costing taxpayers more than 100 million dollars. The goal is to transport these horses back home to Native and non-Native lands where they can live free.

“Their reasoning for taking the horse off the land is because they’re destroying the land. So these wild horses are being rounded up and slaughtered,” Kalimian said.

“CANA believes there are a handful of animals that have the greatest impact from an environmental perspective — the horse is one of them. The sad truth is that the government, because of its greed, has made the horse the nemesis because they want use of the land.”

Some feel slaughterhouses here in the U.S. and on tribal lands could be a solution. Lena Sanchez is from the Jicarilla Apache Nation and is an Animal Science major at New Mexico State University in Las Cruces, New Mexico. She is also working on a minor in Equine Management.

She explained, “managing wild horses is difficult because they have very high reproductive rates. If you have 100 horses and leave them unmanaged they can double their population in four years. (Some) have thought of birth control, but administering birth control to wild horses is proving to be too expensive and too time-consuming.”

Many experienced wild horse managers say the most miserable part of the transport for the horses to Mexico or Canada is that U.S. buyers and sellers try to put as many horses into a trailer as they can and they’re not fed or watered much.

“I think we need to be looking at horse slaughter in the U.S. because we’re still exporting these horses (to Canada and Mexico), but we’re not saving them from being slaughtered. Humane horse slaughter is an option that needs to be revisited and seriously revisited,” Kalimian said.

“The horses are a bridge. Long time ago our people saw they couldn’t walk into a buffalo herd on their own two feet. So the people prayed and asked the horses for help, and they helped us. Our people didn’t say ‘that would be an easier way to hunt the buffalo.’ So we asked them for help,” he said.

“If you look at old photos you will never see fences or corrals to keep horses. The horses stayed around on their own as a reminder to how we must be as a community. They have their own strong community,” said Brings Plenty, who is also a musician and actor.

Kalimian estimates there are 45,000-50,000 horses that are left free roaming throughout the U.S., mostly in the West, on public range lands.

“The (people) say they are bad. They chase them down with helicopters. But it’s not their fault, they’re the scapegoat.”

There are also adoptions of wild horses, but there are not enough getting adopted fast enough to fix the problem.

“When you look at the wild horse issue, this is an invasive species that is not native to the Americas. Horses were here in prehistoric times but this is a different species. North America evolved without the horse,” Sanchez said.

“A lot of people have this misconception that wild horses are these big, beautiful horses and that they’re all healthy and belong out in the wild but that’s not what we’re seeing today. Many of them are severely undernourished and it’s really hard on their bodies — especially pregnant and lactating mares,” she said.

“(Tribal Sovereignty) is definitely something the tribes can take advantage of. These horses come through and they can overgraze a place so quickly. Here in the U.S. we have the means to do (slaughtering techniques), like we do cattle for example, and we can apply those same techniques to horses. It doesn’t have to a stressful experience for the animal.”