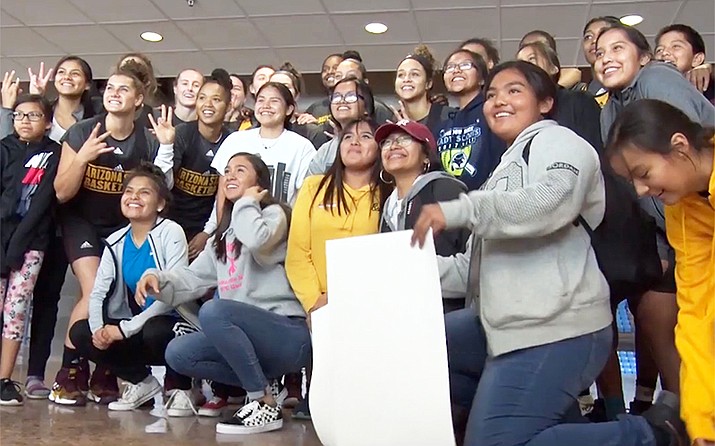 FORT DEFIANCE, Ariz. — The trip was about more than a 300-mile journey to play a nationally televised game against a ranked opponent. The Arizona State women’s basketball team also viewed its November excursion to the Navajo Reservation as a time to embrace Navajo culture.

“Just hearing the stories that we’ve heard today and weeks before this, it just really puts a perspective, a different outlook on things,” senior forward Kianna Ibis said.

Ibis, along with the rest of the ASU roster, spent time signing autographs, visiting the Window Rock Tribal Park and Veteran’s Memorial and engaging with basketball fans ahead of their game with then-No. 4 Baylor.

The Sun Devils fell to the Bears due to their sluggish offensive performance in the second half. For ASU coach Charli Turner Thorne, however, the weekend was a success.

“Just the character that we play with, who we are, I thought that shined through,” Turner Thorne said. “And I just said that’s going to inspire 80,000 kids on the reservation even more than if we win.”