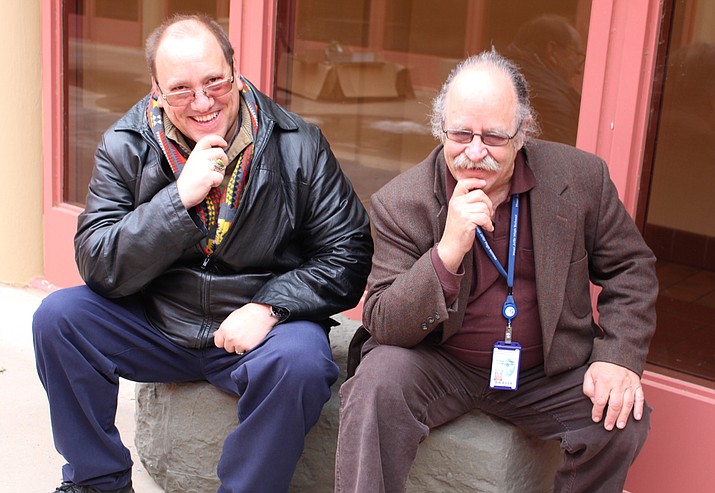 POLACCA, Ariz. — Eight Hopi Jr/Sr High School girls had been in fights for weeks when the school’s climate coach Preston Clocksin decided to do something different: Put them in Talking Circles. The girls have not been in fights since.

Clocksin said Talking Circles give everyone a chance to speak without being interrupted. A talking stick or feather is passed around and the person talking cannot be interrupted as long as they are holding onto it.

“It changes the dynamic. Some people will just tune out if someone is just dictating to them from the front of the room, so this is the opposite of that,” he said. “Discipline has a lot to do with being ordered to do something and the human reaction is to resist.”

“They came out thinking differently about their actions,” he said. “Teenagers are so spontaneous. This gets them to think before they act.”

“This is the anti-mindfulness generation where they use cell phones to the point that they are smashing into cars. This is a good way to get them to think about what they do,” Clocksin said.

“I like the dynamics of the Talking Circle. It’s interesting to watch the process evolve where people see it’s to their advantage for everybody to work together,” he said.

Clocksin said Talking Circles can be improved by getting more students involved in them.

“It helped everybody involved with the fighting talk it out,” he said. “We had not had a lot of progress through the regular channels. It worked because there was structure and no shouting.”

Cronin said the Hopi Foundation has agreed to have two staff members, who are behavioral counselors, work with the students when other behavioral problems occur.

“They also use Talking Circles,” he said.

Cronin credits Dr. Steven Berbeco, superintendent of Hopi Jr/Sr High School, with working closely with the Hopi Foundation and the Hopi Police Department to address problems with suicide and other behavioral issues.

Cronin said Native Americans commonly use Talking Circles to address behavioral issues. He said social media has allowed students to attack others in an impersonal way.

“This makes you sit down face to face. It’s a hard process. At first, the students don’t want to talk, but in time they open up,” he said. “I like the Talking Circles because it’s cooperative instead of combative.”

Cronin said the Talking Circles will improve as students get more comfortable with the process.

“At first some of them wouldn’t talk, but they listened to the others,” he said.

“The serenity garden is a place where you can get away from distractions and be around natural forces like trees, wind and water,” Clocksin said. “You can focus on what’s going on right now.”

He said the success will depend on if the serenity garden is respected and how it is used.

“In the long term, it should lower the rates of suicide, bullying, vandalism and cussing out teachers,” he said.

Clocksin came up with the idea of the serenity garden for Hopi this past summer when he and his wife were in Idaho Falls at the time of eclipse and wanted to go somewhere to look at the sky. They were told about a Japanese meditation garden.

“It was in the middle of the city. It had waterfalls and birds. I thought why not bring it here,” he said. “Only let’s make it a Hopi serenity garden. Sometimes people think meditation is religious and this is not that.”

Croniin said the serenity garden will make good use of dead space and be a good place for counseling two or three students. He said suicide rates increase when students are not in school, and this could be available year round.

“Instead of punitive this setting could give students motivation,” he said. “The serenity garden can have a calming effect. It will stop people from making bad decisions.”

Cronin praises Clocksin for coming up with the idea of a serenity garden.