Rumble on the Mountain highlights plight of indigenous peoples on the Colorado Plateau
Annual event returns to Flagstaff's Coconino Center for the Arts Jan. 19 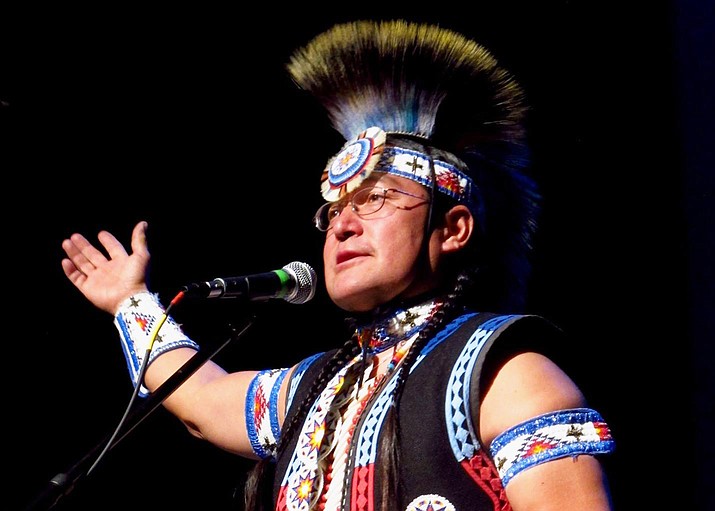 FLAGSTAFF, Ariz. — Rumble on the Mountain V, an annual event to raise awareness of the plight of indigenous people and lands of the Colorado Plateau, takes place Jan. 19 at the Coconino Center for the Arts from 1 p.m. to 5 p.m.

Event organizer Ed Kabotie said he would like people to remember that while all Arizona tribes have banned uranium mining on their reservations, the issue of uranium mining doesn’t stop there. While the Navajo Nation has 500 abandoned open pit uranium mines, it is not the only tribe that is threatened.

Kabotie adds that the shrinkage of the Bears Ears Monument and the proposed haul route carrying radioactive material from Canyon Mine to the White Mesa Mill through Flagstaff are all tied up in the current mining ore.

All of these topics will be explored at the event through traditional dances, cultural voices and musical performances with educational presentations.

There will be an exhibit of current works from the Rumble Arts Collective, and proceeds from a raffle for live art by Jerrel Singer will go to support HaulNo, an organization dedicated to stopping radioactively-contaminated water and tailings from being hauled through the Navajo Reservation.

Sihasin will play the AfterShock show at the Green Room Jan. 19. The show starts at 8 p.m. and will include other performers. (Photo courtesy of Rumble on the Mountain)

Later that evening, the AfterShock will take place at The Green Room.

The Aftershock is a response to the Arizona State Supreme Court’s recent failure to support the Hopi Tribe in their lawsuit regarding cultural and environmental threats posed by the use of reclaimed water on the San Francisco Peaks.

“The press coverage of the sacrilegious of reclaimed water on the San Francisco Peaks is often disappointing, because it fails to acknowledge the context of the modern indigenous experience on the Colorado Plateau,” Kabotie said. “We, our fathers, and our mothers, were forcibly sent away from the lands, our nativity, [to] boarding schools for the purpose of ‘Kill the Indian, Save the Man.’”

Kabotie also reminds people that a 200-year water supply was lost during the Black Mesa Mine’s (Peabody) coal slurry operation between 1970 and 2005.

“Many homes on the Navajo and Hopi reservations are still without running water,” Kabotie said. “Of those that have running water in their homes in Hopi, two-thirds cannot drink from it because of arsenic contamination. Arsenic, as well as uranium contaminate many Navajo water systems. Water is literally life to our people.”

A film by local author, Sarah Weatherby, and performances from Sage Bond, Ed Kabotie and Nammy Award winning duet, Sihasin, will be features of the show.

Flagstaff Reggae Rock band, Tha ‘Yoties, will also perform and re-release their live cd, ‘A Celebration of Water,’ from Rumble on The Mountain I (2015), which includes music and presentations in opposition to the use of reclaimed water on the Peaks.

Proceeds from a fine art raffle at the show will go to support the Black Mesa Trust’s Hopi Water Filtration Project.

Doors open at 7:30 p.m. and the show is from 8 p.m. to midnight. All ages until 10 p.m. Admission is $5, 12 and under are free with a paid adult. The show is also free for attendees of Rumble on the Mountain V. More information about the AfterShock show is available from Ed Kabotie at (505) 274-6822 or by visiting flagstaffgreenroom.com

“The purpose of Rumble on the Mountain V and AfterShock is to remind us that we’re in a fight for the sacred lands of the Colorado Plateau. The fight is not against individuals or institutions, but rather, against the paradigms and philosophies that motivate our consumer habits,” Kabotie said. “Anyone who flicks a switch or turns a faucet is part of the problem. The Rumble on the Mountain V and AfterShock are cries for a conscious awakening in our hearts and minds about how our modern lifestyles affect the health and lives of the indigenous people and lands of this world.”