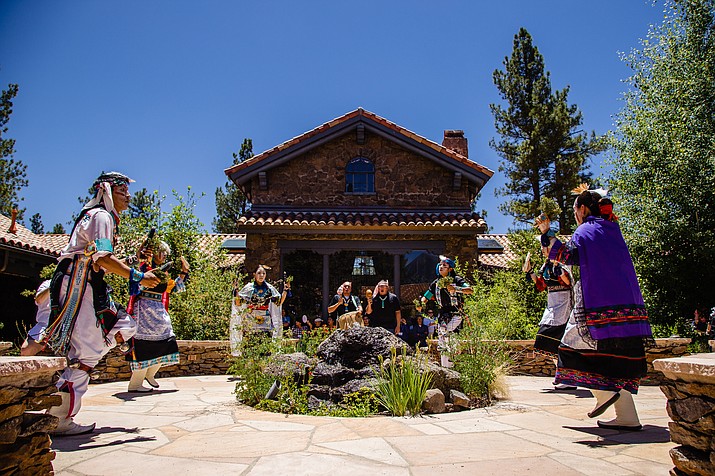 FLAGSTAFF, Ariz. — The CEO and Director of the Museum of Northern Arizona, Carrie Heinonen, announced this morning that she is stepping down from her position to pursue a venture in the triple-bottom-line Natural Foods Industry.

In order to facilitate a transition to new leadership, Heinonen will continue as a consultant to interim leadership through the end of February.

“We thank Carrie for her leadership and wish her the best in her future endeavors,” said Board Chair Kathe Shinham. “She leaves the museum as a strong and stable institution, primed for the next director to take us into our second century.”

Now in its 90th year, the Museum is a Flagstaff institution and cultural hub which sees more than 40,000 visitors a year and is well-known for its summer festivals celebrating Zuni, Hopi and Navajo cultures.

Heinonen has been at the helm of the Museum since 2014, when she took the reins from Dr. Robert Breunig. Under her leadership the Museum became more financially resilient, with diversified revenue streams and a broadened donor base. The Museum’s community-engagement increased with the addition of new Thirsty Thursday evening musical programs during the summer and diversified exhibitions, such as the current Pivot: Skateboard Deck Art. Partnerships with Northern Arizona University. The Boys and Girls Club also helped bring in more students and young families.

“I am incredibly proud of the many positive changes we were able to make at MNA during my time here and look forward to seeing the organization continue to grow and thrive on the positive course we have mapped out,” Heinonen said.

Heinonen leaves the museum in a good position to continue on the positive trajectory that has been established.

During her tenure, a critically acclaimed new Native Peoples of the Colorado Plateau exhibition was funded and installed, the museum received the federal government’s highest honor: the National Medal for Museum and Library Services, and MNA secured its first National Science Foundation grant in nearly three decades.

The Board of Trustees plans to conduct a national search for the next director and will hire an executive search firm to facilitate this process.