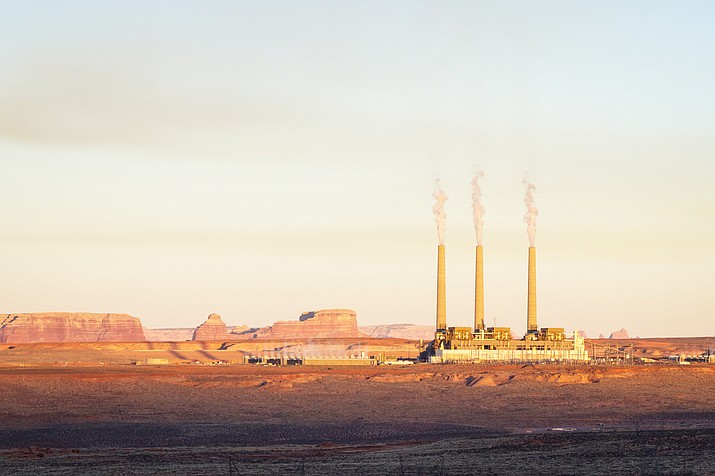 Navajo Generating Station owners said they plan to move forward with decommissioning the coal-fired power plant Feb. 28. The plant provides almost 1,000 jobs between the plant and the mine that supplies it. (Stock photo)

FLAGSTAFF, Ariz. — Navajo Generating Station (NGS) owners said Feb. 28 that they are moving forward with plans to decommission the power plant in Dec. 2019, despite interest from the Navajo Transitional Energy Co. (NTEC) in buying it.

“While the owners have been willing to explore avenues for NTEC to assume ownership of NGS, NTEC is not able to provide the required assurances to protect the plant’s owners, their customers and shareholders in the event of a sale,” a press release from NGS’ owners said. “Because of time challenges to meet decommissioning obligations, the owners will move forward with plans to decommission NGS later this year.”

The owners decided in February 2017 that they would no longer own or operate the plant beyond Dec. 22, 2019.

The owners of NGS in the press release said they began discussions with NTEC in October at the request of the Navajo Nation and were in support of a “possible asset transfer and provided information related to NGS and by providing access to the plant.”

The plant’s owners said since they announced the decision to close the plant they have granted several extensions and taken other steps to enable any interested entity to evaluate and potentially continue operations of NGS upon receipt of all necessary approvals.

NTEC said Feb. 28 it is still open to good faith negotiations to buy the power plant.

NTEC said it has been negotiating since late December 2018 in the effort to save NGS jobs and revenue for the Navajo Nation and said its strategy for NGS was not requiring the Navajo Nation to directly guarantee any liabilities associated with NGS.

“NTEC stands behind the commercially reasonable proposal it has made to SRP (Salt River Project), which would achieve the twin objectives of keeping NGS and Kayenta Mine operational without requiring the Nation to assume liability related to past operations of NGS,” NTEC said.

Plant owners said they will fulfill their obligations to the Nation and its employees as decommissioning commences.

See next week's edition of NHO for more information