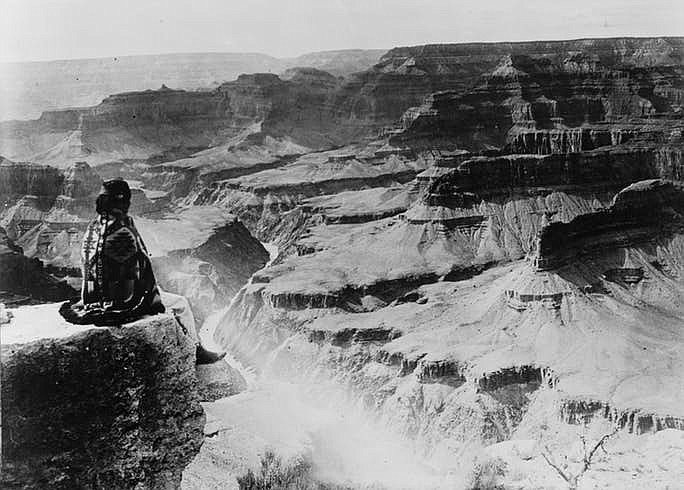 GRAND CANYON, Ariz. — This is the year to GO GRAND as the National Park Service celebrates the Grand Canyon National Park’s centennial, acknowledging the canyon’s significant cultural history and relationships with the park’s 11 traditionally-associated tribes.

The celebration will be very Native-inclusive as the region's Tribal Nations have all been invited to participate.

But some folks might be wondering if the recent government shutdown might affect the Grand Canyon since it is a National Park.

Debbie Johnson, Director of the Arizona Office of Tourism said Arizona's tourism industry has weathered the shutdown because Grand Canyon National Park has remained open for business. The Grand Canyon is by far Arizona’s most-visited national park unit, and Governor Doug Ducey’s decision to use state funds to keep it open during the shutdown meant that visitors did not have to alter their travel plans, and the park's concessionaires—including the lodges and restaurants—could remain open. Tour companies, too, continue to do business at the Grand Canyon.

While there were no federal employees counting cars at national parks, indications are that visitation to the Grand Canyon remained strong throughout the shutdown. 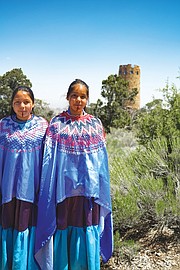 Monae Chavez of the Havasupai Tribes performed a traditional dance during the re-dedication of the Watchtower on May 22, 2016. (Loretta Yerian/NHO)

“The 100th year milestone celebration is a time for reflection on the past and inspiration for the future, honoring those who have called the canyon home for thousands of years,” said Grand Canyon National Park Superintendent Christine Lehnertz.

“We welcome the opportunity to commemorate 100 years of the National Park Service at Grand Canyon while inspiring future generations to experience, connect with, and protect the canyon’s unique resources. The Centennial celebrations are a wonderful way to build that awareness," she said.

While millions of visitors ooh and aah at the canyon’s splendors each year, others have quietly appreciated its beauty for centuries.

The Havasupai tribe has been living in and around the South Rim of the canyon for 800 years. Anthropologists say the Havasupai maintained life by hunting along the plateau during the winter and raising crops and tending orchards in Havasu or Cataract Canyon during the summer. That routine left a subtle mark on the area by creating walking paths (with thousand-foot drop-offs) that later turned into hiking trails.

Since 1882, when the U.S. Government created the Havasupai reservation on 500 acres along the canyon bottom, the ‘People of the Blue-Green Waters’ learned to appreciate the mineral-rich pools found in their isolated canyon home guarded by two red pillars known as Wigleeva. After fighting off a government proposal to take over the 5-mile-long and 12-mile-wide reservation, the Havasupai regained more of their initial land holdings in 1975 when 185,000 acres were reallocated to the tribe.

The Hualapai tribe or ‘People of the Tall Pines’ have also lived in and around the canyon for centuries, initially as hunter-gatherers inhabiting more than 5,000,000 acres. Today, the reservation created in 1883 covers one million acres, including 100 miles of the canyon and the Colorado River. 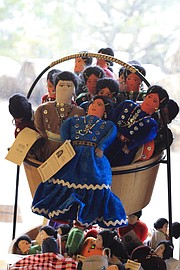 Handmade Native dolls are sold at Hermits Rest Visitor Center on the South Rim. This year marks the 100th anniversary of Grand Canyon's designation as a National Park. (Loretta Yerian/NHO)

Recognizing the economic boon called tourism, the Hualapai opened its lands to the public 30 years ago, promoting it as ‘an untouched piece of land where the Grand Canyon could be experienced without the crowds found along the North and South Rims.’ More recently, that tourism destination has been expanded via the Skywalk, a viewing platform that juts out 70 feet above the canyon floor some 4,000 feet below.

Until they began to farm, members of the Navajo Nation — the largest Native American tribe in terms of population and geography — were semi-nomadic hunter/gatherers who took up sheep herding to weave blankets from the wool. Today’s quarter of a million reservation inhabitants fan out over some 27,000 square miles, most of it in northern Arizona that stretches west to Grand Canyon National Park.

Also present are the Hopi people, one of the oldest-living cultures in documented history, who have resided for the past 2,000 years in the Four Corners region where Arizona, New Mexico, Utah, and Colorado meet.

Other tribes that have roamed this territory and called parts of the Grand Canyon’s sacred areas home include the Zuni, Kaibab Paiute, Shivwits Paiute and San Juan Paiute.

At the turn of the 20th century, then-President Theodore Roosevelt rode into the canyon and informed Havasupai elders of the federal government’s intent to locate a park on their lands. In 1919, Congress created Grand Canyon National Park noting that “nothing shall affect the rights of the Havasupai Tribe from the occupancy and use of the bottom lands of the canyon.”

Within recent memory, in 1968, the Havasupai were offered $1.2 million — 55 cents an acre — for more than 2 million acres of their former range.

Tribal Chairman Daniel Laska noted: “We want the land, not the money.”

In 1975, President Gerald Ford signed legislation acknowledging the rights of the Havasupai and enlarging the reservation.

The canyon’s early inhabitants will play a big part in the centennial celebration, with year-long special events starting with a Centennial Celebration in February and leading up to American Indian Heritage Days — and Native American Heritage Month — later in the year.