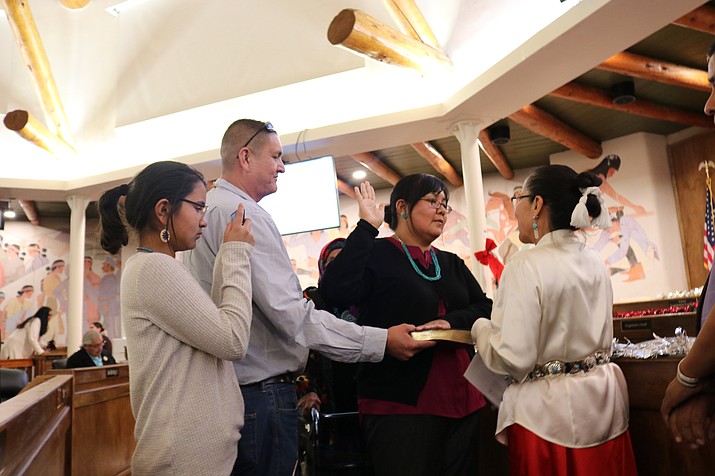 Stover is originally from Naatsis’áán (Navajo Mountain). She attended University of South Dakota School of Law earning juris doctor and received her Masters of Law (LLM) from the University of Arizona. Before she went back to law school, Stover was a teacher. She was the staff attorney for Kayenta Judicial District Court for the past five years.

Laughing is from Crystal, New Mexico. He has an associate of arts degree in pre-business administration and associate of applied science in tribal court advocate. He has over 17 years tribal advocate legal experience including employment with Navajo Housing Authority, Navajo Nation Credit Services, Navajo Nation Public Defender’s Office and private practice.

The Judicial Branch of the Navajo Nation continues to recruit for applicants for judge as there remains vacancies for district court judges and one associate justice.

Information provided by the Judicial Branch of the Navajo Nation