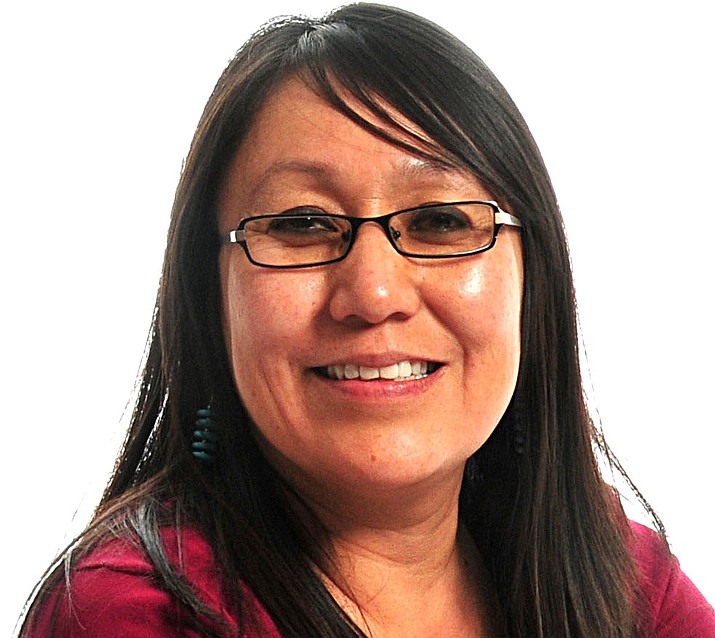 TSAILE, Ariz – Career Navajo educator LaFrenda Frank, a former instructor of English and advanced reading at Diné College, passed away the evening of Dec. 2 in Albuquerque. Frank died after a two-year battle with cancer.

“It is with sadness and a great sense of loss that I share the passing of a true Diné College warrior and faculty,” Diné College President Charles Monty Roessel said in a statement to college personnel. “Those of us who had the pleasure of working with her know that she did not go quietly into the night, but fought courageously in her battle with cancer. She touched many lives while at Diné College and will continue to help guide an English department she loved. Her presence will be felt for years to come by the many students who learned from her, were challenged by her and, most importantly, who experienced her love of teaching.”

Originally from Jeddito, Arizona, Frank spent more than 20 years as an educator. She began working at Diné College in 2009 as a student recruiter and adjunct faculty member. She joined the English Department as a full-time faculty member in 2011. During her summers off from teaching, she worked for Salina Bookshelf, Inc., in Flagstaff. She worked there from 2003 to 2019. She was elected by her colleagues to serve as Faculty Association President from 2016 to 2017. She taught English last summer in Gorontalo State Univeristy in Indonesia.

“While she was Faculty Association President she was a huge fan of improving the school and she stood up for faculty,” Greg Bigman, president of the Diné College Board of Regents, said. “She believed in Diné identity and she was passionate about the Standing Rock issue and wanted the college to be aligned with those interests. She even wrote a letter to the Board of Regents.”

Marketing and Communications director George Joe, a long-time friend who recruited Frank to the college, said she was a voracious reader.

“She was very well-read and knowledgeable about a lot of topics. She’s one of the few people I can say that really understood the world and knew what was going on. And because of that mindset, she was passionate about young people and education.”

“I am saddened by the news. She was like a sister to me and she will be missed by students and faculty alike,” said Diné College English colleague Orlando White.

“(LaFrenda) was an advocate for indigenous voices in poetry, children’s literature and language teaching in the high school and college classroom,” said Eric Lockard, president of Salina Bookshelf, Inc. “(LaFrenda) worked with Evangeline Parsons-Yazzie on her Navajo language textbook Diné Bizaad Bináhoo’aah and on her novels of the Long Walk beginning with Her Land, Her Love. She worked with Cindy Yurth and the Navajo Times to publish Exploring the Navajo Nation Chapter by Chapter, reading each of the Navajo Times stories aloud and talking with community leaders and elders to compile this series of newspaper articles. Her passion, enthusiasm, voice and friendship will be dearly missed."

She is survived by her daughter Kersey, her granddaughter Kamya, seven siblings, numerous nieces and nephews and parents Hoskie and Elouise Frank of Jeddito.