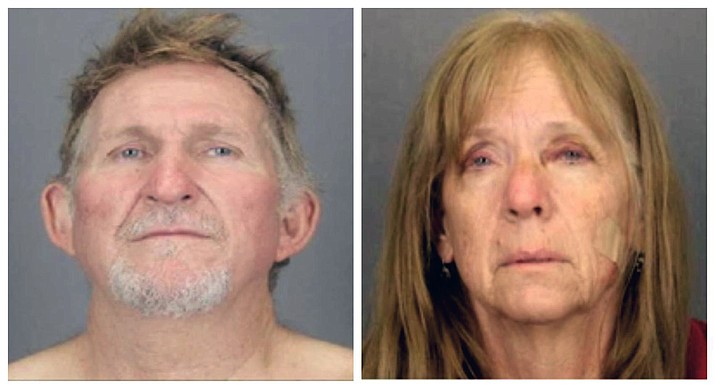 Blane Barksdale, 56, and Susan Barksdale, 59, overpowered two security officers in Blanding Monday evening while they were being transported from Henrietta, New York, to Pima County, Arizona, officials said in a news release.

The pair are wanted in connection to the homicide of 72-year-old Frank Bligh, the release said. Bligh was killed April 16 in Tucson.

Police consider the couple armed and dangerous and advise the public to contact police if spotted.

Tucson police said no one was injured during the escape and further details about exactly how they escaped weren’t immediately available.

Blane Barksdale has several tattoos on his arms and hands, and the two were last seen driving a red GMC Sierra pickup truck with damage to the front passenger side and rear bumper. It has Arizona license plates numbered 127XTY.

Police don’t know where Blane and Susan Barksdale are traveling, but investigators received information they could possibly be going through Arizona.

The FBI, U.S. Marshals and Apache County Sheriff’s Office are assisting in the investigation, according to Tucson police.

Anyone who sees the Barksdales is being told to call 911 immediately. If anyone has possible information on their whereabouts, police urged them to call 911 or 88-CRIME.