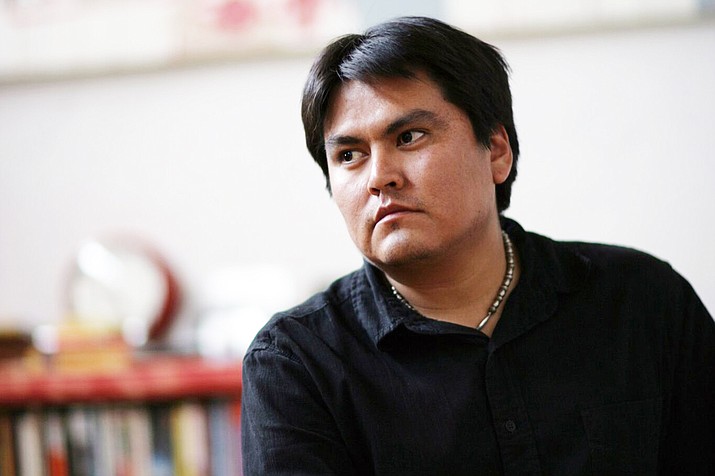 FLAGSTAFF, Ariz. — In its 24th year, the Northern Arizona Book Festival officially kicks off Sept. 9 and features a number of events including readings, workshops, panels and book signings culminating with a jam packed weekend of literature Sept. 13-15.

The book festival is located in historic downtown Flagstaff celebrating local establishments such as Uptown Pubhouse, Firecreek Coffee Co., Bright Side Bookshop and Starrlight Books for its events.

With a goal of making sure traditional (indigenous) stories are heard and represented at the book festival, this year confirmed authors who will be speaking or reading at the festival include: Jake Skeets, Erik Bitsui, Shaniya Smith, Daniel Vandever, Rick Abasta, Tyler Clark, Bojan Louis with a few more invitations out.

“We wanted to acknowledge that our (meaning the Anglo board at the time) aren’t the only stories,” said Northern Arizona Book Festival Vice President Lawrence Lenhart. “So, to kind of transform the ethos of the festival, we’ve decide that we want to devote one third of our programming — that’s our short term goal — to make sure that one-third of our programming at minimum is indigenous. Also, our short term goal is to have one third of our board indigenous, as well.”

Skeets is being featured with Craig Childs and Sherwin Bitsui who is a new creative writing faculty at Northern Arizona University this fall.

“Which is amazing news for us, the faculty, to have such a great colleague, but even more so for all the future students of poetry in northern Arizona,” he said in an email.

Lenhart said in addition to the indigenous goals for the festival, there are other reasons for the public to come out is that the festival is really excited to have different types of storytelling and different modes.

The festival absorbed the Northern Arizona playwriting showcase this year, which begins the weekend before the festival begins, which includes original plays with local actors and directors, slam poetry and traditional literary readings, which Lenhart said is what most people think they will hear when they come to a book festival.

“People think, ‘oh, I’m going to go and twiddle my thumbs while someone reads, but that’s only a very small part of it,” Lenhart said. “We also have panels and industry shop talks about how to get published and workshops. I think we’re really making the point to be diverse, not just in our ethnic representation but also in storytelling.”

Also, Lenhart points out that throughout the year, the book festival sponsors several readings series, every Monday, Tuesday and Wednesday, every week in Flagstaff. On Monday’s there is the Narrow Chimney Reading Series, which is more a traditional reading. Tuesday night is called Juniper House, everything must be fresh and written within that week. Wednesday night is the Flag Poetry Slam, which is under the umbrella of the book festival.

“I think all year long, we reinforces those various modes, but we really enjoy that full week of programming where it’s all happening all at once,” Lenhart said.

More information and a schedule of events for the Book Festival is available at http://nazbookfest.org/.