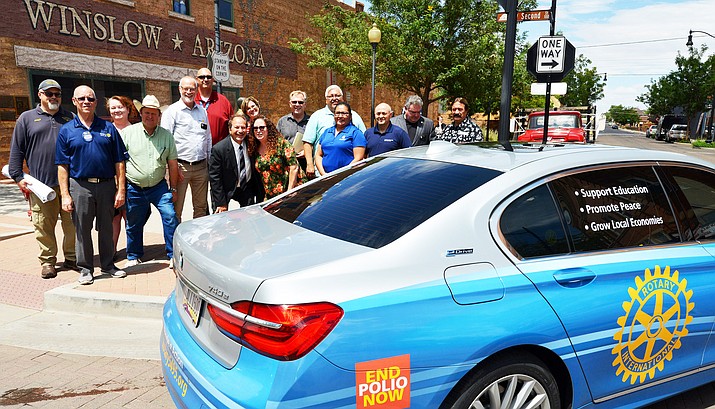 Simmer said 40 percent of families on the Navajo Nation do not have access to running water and drilling wells deep enough to hit water can cost millions of dollars.

Rotary Global Grants approved two grants and soon will approve another in Dilkon, to provide water service. The first grant (16 homes) came from the Rotary Club of Gilbert, Arizona. Sun Lakes Rotary supported the second project (25 homes). The third project in Dilkon will cost about $500,000 and will be sustained by Four Peaks Rotary.

The project will install a 1,200 gallon cistern collecting rainwater and solar panels to provide electricity to a pump which puts water into the home. If there isn't enough rainfall, the cistern can be filled easily by truck.

Each system was installed by “Dig Deep,” Rotary’s cooperating construction company. The cost to Rotary is $4500 for each home, which is all inclusive. The cost to Dine’ is zero.