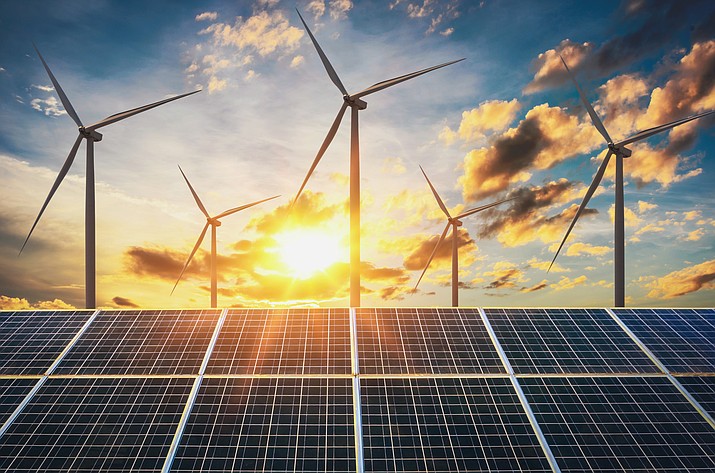 LEUPP, Ariz. — On Aug. 1, Navajo Nation President Jonathan Nez met with Navajo Hopi Land Commission members at Twin Arrows Navajo Casino Resort, where he discussed the progress and path forward for the development of the Paragon Bitsi Ranch solar development project in the Navajo community of Huerfano in the state of New Mexico.

Nez highlighted several matters that the Nez-Lizer Administration have undertaken to move the solar project forward including designating $2 million in New Mexico capital outlay funds that were approved by New Mexico Gov. Michelle Lujan Grisham, to be used for this particular project. This project would also align with the state of New Mexico’s “Energy Transition Act,” which established new renewable energy standards.

Additionally, the Nez-Lizer Administration is proposing additional funds in the upcoming Navajo Nation FY2020 Comprehensive Budget to fully establish a Navajo Energy Office under the Navajo Nation Division of Natural Resources that would serve as the “clearinghouse” for energy development for the entire Nation.

“Based on the work of past and current leaders, this project is now in a position to move forward. Working together, we can make this project a reality and it can serve as an example for future renewable energy projects in other communities as well,” Nez said.

Nez was joined by the Executive Director for the Navajo-Hopi Land Commission Officer Robert Black.

Black’s office has been coordinating with the commission members, the Navajo Nation Division of Natural Resources, Huerfano Chapter, and other stakeholders to complete the necessary steps before construction can begin.

Rebecca Kauffman, energy consultant with the Division of Natural Resources, provided a presentation on the progress of the project, which would use approximately 660 acres of land in Huerfano for the solar utility scale development.

Navajo Hopi Land Commission Chair Otto Tso said the key to moving the project forward is maintaining communication between all of the stakeholders involved in the development process including the community. Other commission members including Herman Daniels, Jr., Jimmy Yellowhair, Paul Begay, and Elmer P. Begay also spoke in support of the initiative.

Nez said his administration will continue to work with the stakeholders to ensure the success of the Paragon Bitsi Ranch solar project.