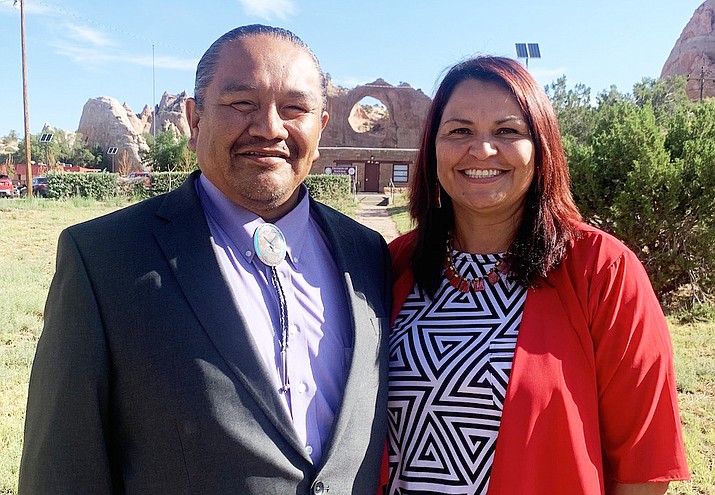 According to Title II, Section 1964 (B) of the Navajo Nation Code, the Attorney General’s office is empowered to render “legal services to the Navajo Nation government, including its Chapters, branches, and entities.”

“The Nez-Lizer Administration, through the leadership of the Attorney General, is creating positive change by creating the Chapter Unit to address the legal needs of the chapter governments. The chapters represent the largest clients of the Department of Justice, so this unit will assist in moving projects and legal matters forward,” Nez said.

Nez added that the new Chapter Unit aligns with the Nez-Lizer Administration’s support for local empowerment and self-governance and will help with re-instilling the Navajo teaching of T’áá hwó’ ajít’éeg, or self-reliance and self-determination in our communities.

“The Chapter Unit is a project the Department of Justice has been contemplating for the past six years. The idea has now become a reality with the joint effort with Navajo Nation Division of Community Development Executive Director Dr. Pearl Yellowman,” stated Assistant Attorney General Rodgerick Begay.

“Department of Justice is pleased to have collaborated with the Division of Community Development to initiate the Chapter Unit, and DOJ is committed to serving the legal needs of our clients as a team, including the Nation’s 110 chapters,” added Attorney General McPaul.

The Navajo Nation Department of Justice plans to expand with additional legal staff to meet many diverse legal needs and concerns of all chapter governments, according to the Nez-Lizer administration. The Chapter Unit officially began operation Aug. 5 and is located at the Department of Justice in Window Rock, Arizona.