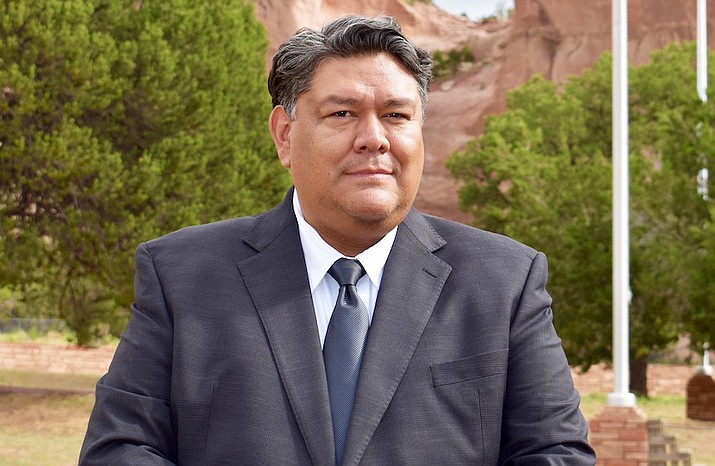 Bluehouse is the son of late former interim Navajo Nation President Milton Bluehouse, Sr. and is originally from the community of Ganado, Arizona. His clans are Tséńjíkiní born for Tł'ízí lání. His maternal grandfather’s clan is Naaneesht' ézhi Táchii'nii and his paternal grandfather is Honágháahnii.

Prior to his appointment, Bluehouse was contracted to provide tribal government and community outreach and consultation facilitation, to design and implement consultation strategies and processes, and to develop and review public affairs communications related to the protection of human health and the environment for the U.S. Department of Energy.

Bluehouse earned a juris doctor degree from Madison Law School at the University of Wisconsin, and his Bachelor of Arts in political science and history from the University of Arizona. He was honorably discharged from the U.S. Marine Corps in 1995, following four years of military service.

“Based on his tremendous work experience with tribal, state, and federal governments and military service, we are confident that Mr. Bluehouse will continue serving the Navajo Nation and our people with great respect and effectiveness,” Nez said.

“Our administration has great momentum and with the addition of Mr. Bluehouse, he will help push those initiatives even further. We’re excited to have him on board as part of our team,” Lizer said.

Bluehouse, Jr. began his duties as the Deputy Chief of Staff with the Navajo Nation Office of the President and Vice President Aug. 6.