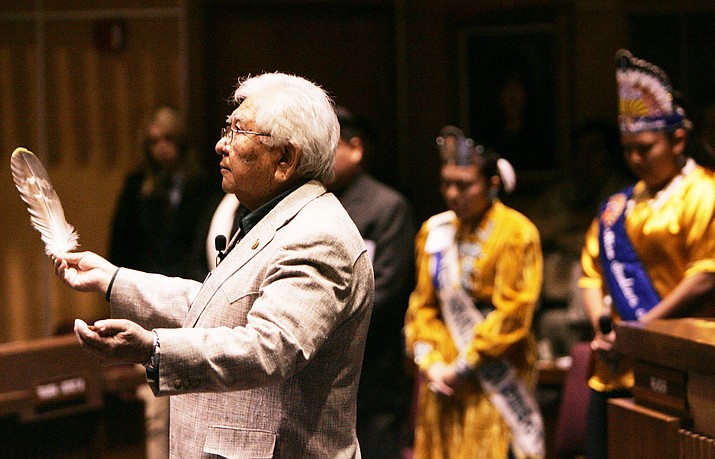 WHITERIVER, Ariz. (AP) — A former longtime chairman of the White Mountain Apache Tribe has died at 89.

Lupe served as the tribe's chairman for 36 years before leaving office in May 2018 after deciding not to seek a 10th term.

Prior to his long tenure as chairman, Lupe served in the U.S. Marine Corps and as a member of White Mountain Apache Tribal Council.

Navajo Nation President Jonathan Nez said in a statement that Lupe "was a man of great compassion" and "a strong leader who did not shy away from challenging the federal government on many issues, but he did so in a respectful and tactful way."