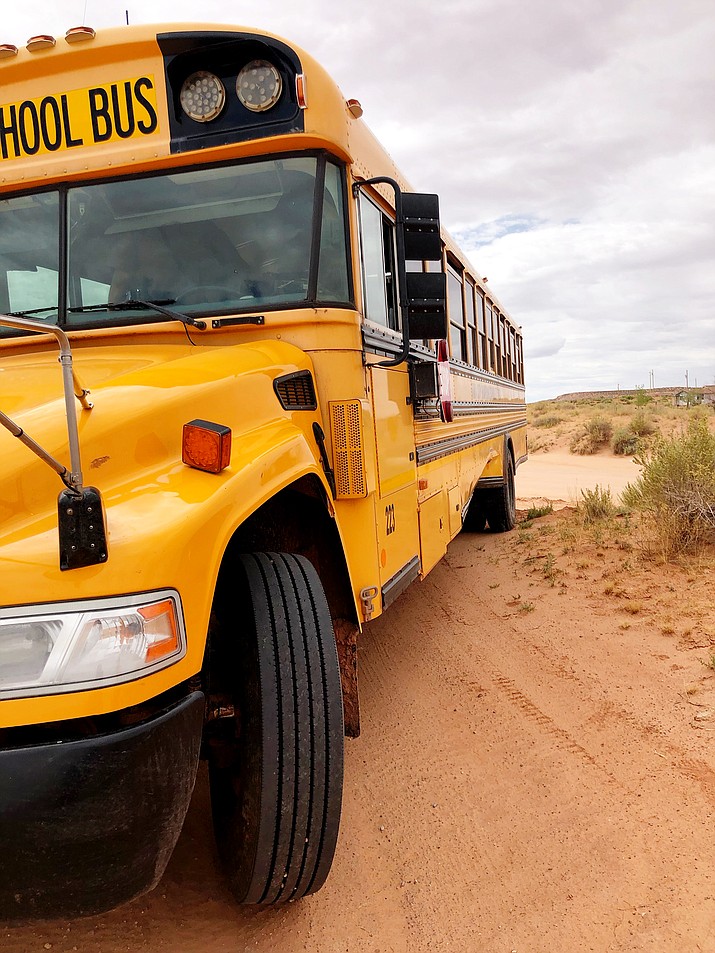 An arrest was made Aug. 8 after a vehicle collided with a school bus in Tuba City. (Photo/Navajo Nation Police

TUBA CITY, Ariz. — A man who was suspected of broadsiding a Tuba City Boarding School bus was arrested as it was transporting student home from school.

The Navajo Police Department received a call at 3:45 p.m. Aug. 8 reporting a school bus and vehicle collision that occurred on Moenae Road, one mile west of Main Street in Tuba City, Arizona.

According to responding officers, the bus was transporting over 25 students home when a brown 2004 GMC pickup truck collided with the bus and left the scene of the crash. Investigating officers were provided license plate information which led police to the location of the vehicle and the subsequent arrest of the suspect. The suspect was charged with DUI, reckless driving, leaving the scene of an accident, endangering the welfare of minors and aggravated assault.

The identification of the suspect will not be released at this time. Criminal investigators were notified of the incident. Additional information will be released as it becomes available.