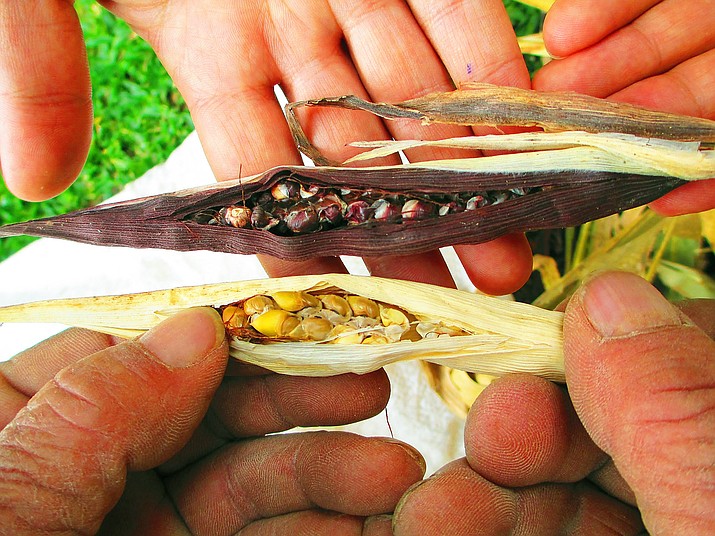 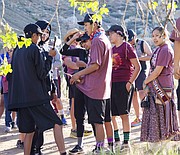 Each year, the Winslow Residential Hall puts on a Corn Is Life run, giving thanks to the spirits for the gift of corn. Nicole Nells, residential hall event coordinator, is Hopi and has organized the event in recent years. The run started at Sipalovi on Second Mesa and worked it way to Winslow. Sunrise saw the runners at the Hopi Community Center where they were led in a prayer of thanks by Corn Clan member Sam Lucas. The runners ate traditional warm Hopi corn stew with mutton. The runners walked down from the mesa on an ancient trail and gathered to sort out who would run first and who would be bussed to a farther relay point. Corn is central to Hopi life and was being planted and cultivated in fields below Second Mesa as the runners passed April 27.