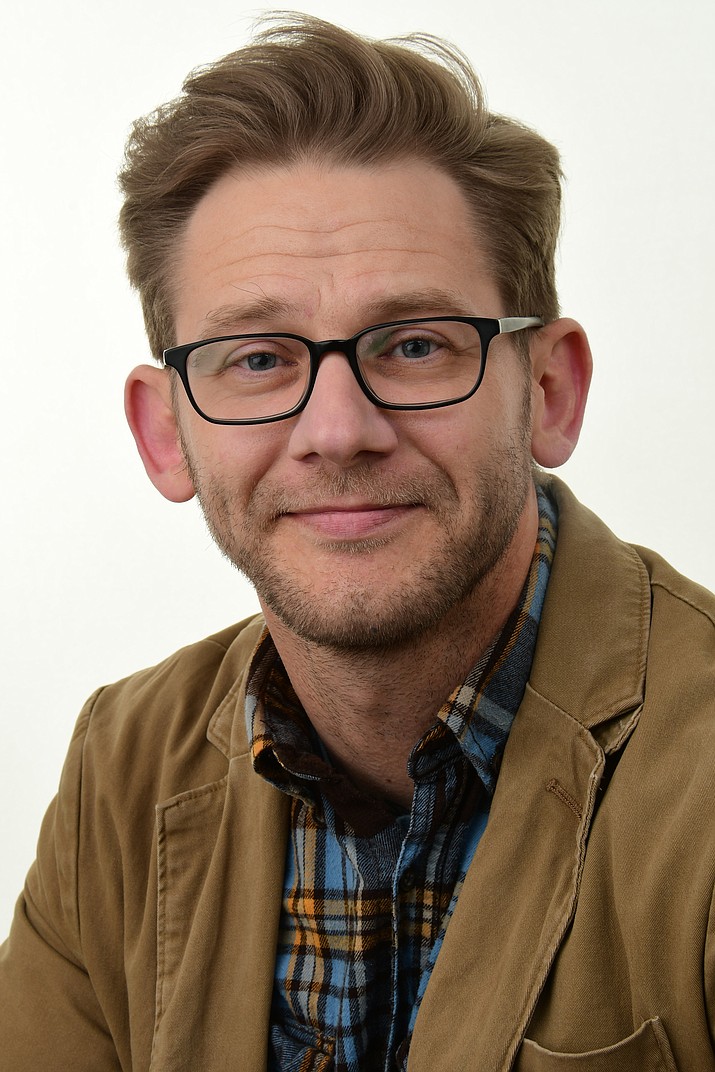 Dr. Ken Locey recently led Diné College students in the annual ASCEND! program. The NASA-sponsored program is a balloon launch in which students take part in flying the balloon and operating the accompanying software. The balloon surveys the atmosphere of parts of the Navajo Nation. (Ed McCombs/Diné College)

The weather balloon carried electronic payloads and sensors to survey the atmosphere of the Navajo Nation, from ground level to nearly 80,000 feet in altitude. The payloads (attached to the balloon) and sensors were assembled and programmed by students over the course of two months.

The group will now travel to a statewide symposium at Arizona State University (ASU) in Tempe, Ariz., on April 12 to present their findings along with students from ASU, the University of Arizona (UA), Northern Arizona University (NAU), among other institutions. Diné College has been involved with the ASCEND! program for six years and is the sole tribal college that participates.

According to Dr. Ken Locey, Science Technology Engineering and Math (STEM) faculty at Diné College, and the 2019 faculty mentor for the group the launch was the result of the group’s motivation and commitment to learn and implement skills and technologies that most people have little to no experience with.

“For about two months, I led the students in 8-hour workshops every week to design their projects, acquire materials, program their electronics, test their environmental sensors and build their payloads in preparation for the weather balloon launch,” Locey said. “Each student chose to measure a greenhouse gas, a pollutant or a form of radiation that carries environmental concern for the Navajo Nation.”

The weather balloon was launched from Tsaile by the engineers, scientists and volunteers of the Arizona Near Space Research (ANSR) team. Once launched, the Diné College team and the ANSR teams followed the GPS-based balloon flight path. When the payload reached its highest altitude, (est. 80,000 feet), the balloon burst and descended with the aid of a parachute.

“Each of our students recovered their payload and is looking forward to presenting their data and findings both at the statewide symposium and later at Diné College,” Locey said.

The annual event has never been cancelled, but launch dates have changed due to inclement weather. The event typically draws about half-a-dozen Diné College students.

“I think everything about it is exciting,” Begay said. “From building the payloads to gathering and interpreting data — it’s a learning experience.”

Locey said this year’s balloon traveled an altitude of about 80,000 feet, going over Tsaile, the Chuska Mountains and ultimately northeast toward Farmington. After the balloon popped, the payloads landed near Navajo Agricultural Products Industry (NAPI).

The Arizona Space Grant Consortium was put in place to involve undergraduate students in the design, build, fly, operate and analyzing cycles of a space mission.