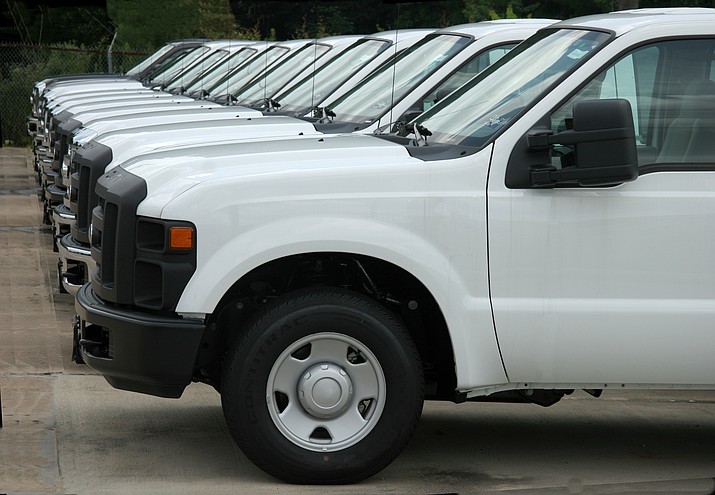 HOLBROOK, Ariz. —Richard Berry, the owner and manager of the Tate’s Auto Group and Linda Tate, the president of the company have filed bankruptcy on behalf of the company’s four dealerships.

The Federal Trade Commission’s (FTC) case against Tate’s Auto Group, Berry and Tate continues as the US State District Court Judge ruled last week that Tate’s must provide the FTC with a searchable list of all financed transactions that occurred between July 31, 2013, and July 31, 2018, by March 26.

The FTC came down on the company last August alleging a range of illegal activities, which include falsifying consumers’ income and down payment information on vehicle financing applications and misrepresenting important financial terms in vehicle advertisements.

At the time Berry denied the validity of the charges and attempted to minimize the allegations by stating, “We may have had a rogue employee or two who found a way around our processes to help qualify consumers or consumers themselves whom inflated their incomes so they would qualify for a loan (but this) is not reflective of our company and how we do business.”

According to the complaint, since at least 2014, Tate’s Auto has sought to increase its sales by falsifying consumers’ monthly income and down payments on financing applications and contracts submitted to third-party financing companies.

The FTC charges that during the sales process, Tate’s Auto asked consumers to provide personal information including their name, address and monthly income and told consumers they would submit the information to financing companies. However, instead of using consumers’ actual information, the complaint states that in many cases Tate’s Auto falsely inflated the numbers, making it appear that consumers had higher monthly incomes than they really did. It also alleges that Tate’s Auto often inflated the amount of a consumer’s down payment as well.

According to the complaint, Tate’s Auto representatives often prevented consumers from reviewing the income and down payment information on the forms, such as by rushing consumers through the process of reviewing and signing the financing applications, having consumers fill out the forms over the phone and failing to give them the income and down payment portion of the application before they signed.

In other cases, the FTC said Tate’s Auto altered financing documents after consumers signed them, without their knowledge. Such consumers, the FTC alleges, often were approved for financing based on the false information Tate’s Auto provided.

As a result, financing companies extended credit to consumers who defaulted at a higher rate than qualified buyers. Many of the affected consumers are members of the Navajo Nation, according to the FTC.

The complaint also alleges that Tate’s Auto’s advertising deceived consumers about the nature and terms of financing or leasing offers. For example, Tate’s Auto allegedly advertised discounts and incentives to consumers without adequately disclosing limitations or restrictions that would prevent many customers from qualifying for them.

Finally, the FTC alleges that Tate’s Auto’s social media ads violated federal law by failing to disclose required terms. This is the first action by the FTC alleging income falsification by auto dealers.

The complaint charges Tate’s Auto with violating the FTC Act, the Truth in Lending Act (TILA) and the Consumer Leasing Act (CLA). The FTC is seeking an injunction barring the defendants from such practices in the future.

According to the FTC, acting as owner of the four dealerships, Barry formulated, directed, controlled, had the authority to control, or participated in Tate’s Auto’s allegedly illegal conduct. The FTC also charged that Linda Tate has received hundreds of thousands of dollars from the other defendants, including funds directly connected to the alleged unlawful conduct.