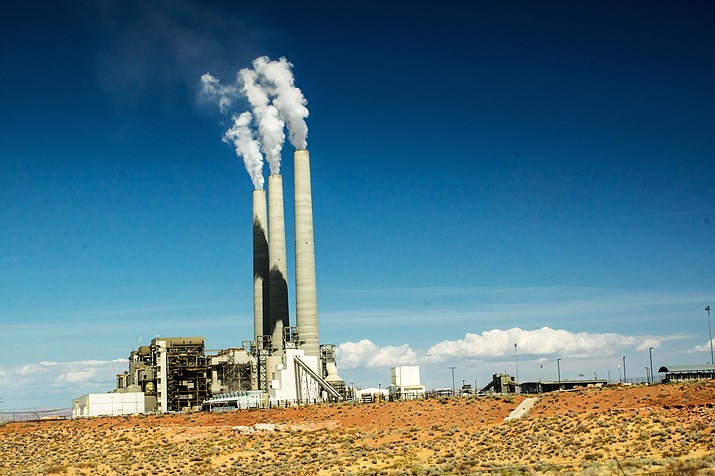 A potential buyer for Navajo Generating Station pulled out of future negotiations last week making the closure of the plant in 2019 more likely. (Stock photo)

WASHINGTON — The investment firm that was interested in buying the Navajo Generating Station broke off its pursuit this week, making the closure of the plant next year and the loss of hundreds of jobs appear more likely.

Avenue Capital subsidiary Middle River Project said in a letter to Navajo officials Thursday night (Sept. 20) that it has not been able to get commitments from customers to buy enough power for a “workable operating paradigm” for the plant.

The announcement was welcomed by environmentalists. They said the planned December 2019 closure of the coal-fired plant gives the Navajo Nation the opportunity to shift power generation from fossil fuels to clean energy.

But others say closing the plant and the nearby Kayenta coal mine that feeds it will mean the loss of hundreds of jobs, many held by members of the Hopi and Navajo tribes.

“It would leave a lasting economic impact on individuals, families and communities that won’t be quickly made up, if at all,” said Phil Smith, director of governmental affairs for the United Mine Workers of America.

Smith said that “80 percent of the Hopi nation’s annual revenues come from the NGS and come from the coal that’s mined on the Kayenta mine - and that’s all going to be gone, so an already struggling nation is going to be devastated.”

On Thursday afternoon, Navajo Nation President Russell Begay and the Navajo Nation Council Speaker LoRenzo Bates issued a press release stating the Nation is “poised to pursue other viable options to allow for the continuation of the Navajo Generating Station beyond 2019.”

Bates said there are many new technologies that are becoming more feasible, without stating what those where.

“There is no shortage of interest in NGS by such developers, we’ve had many potential buyers and developers approach the Nation,” Bates said.

Bates said that Begaye agreed with the new approach.

“The Navajo Generating Station is a highly rated power plant that has the potential for many more years of operation,” Begaye said. “Coal is one of the most dependable sources of power…”

An official with the Salt River Project, the current owner of the plant, said the company appreciates Middle River’s efforts, but understands why it had to back off.

Those jobs are not on the reservation, however, but are in St. John’s or further down in the Valley. The spokesman said that SRP is providing career training and working with the county and the Nation for those employees who elect to stay in the area.

But advocates for the plant and the mine said it’s too early to give up the fight.

“We urge the U.S. government to help lead efforts to ensure ongoing operation of the plant and mine for the benefit of the tribes and the people of Arizona,” said a statement from Kemal Williamson, president of operations in the Americas for Peabody, which owns Kayenta Mine.

He argued that the plant should be saved because it has been running well and provides many jobs on the reservation.

“Peabody and others continue to aggressively work toward that goal,” Williams’ statement said.

But Nadine Narindrankura said it’s past time to give up the fight to save the Navajo Generating Station.

Narindrankura, with her 2-year-old daughter in tow, was one of 18 Navajo who demonstrated outside Avenue Capital’s Manhattan office last week to protest plans to keep the coal-fired plant open.

She said the news that Middle River Group has backed out of a deal gives Navajo leadership the opportunity to begin a transition from fossil fuels to cleaner, more sustainable energy.

“The opportunity has presented itself once more to prepare for a successful transition away from coal,” Narindrankura said in a statement.”The future is in renewables, not in a dead coal market.”

Smith, of the mineworkers union, said “there is no such thing as just transitioning.”

While clean energy would benefit the environment, it would not replace the jobs that the plant and mine currently provide.

But Percy Deal, who lives on the Navajo reservation, said a renewable-energy project would create new jobs on the reservation, and that Navajo and Hopi lands are ideal for developing new solar energy options.

“Local families have never taken our eyes off of what we have been praying for — for our livelihoods to be on a path to recovery after all this is said and done,” Deal said in a statement.