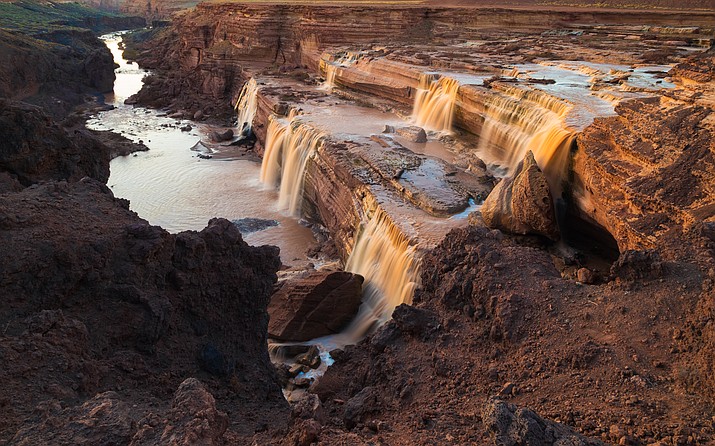 Additional phases of the trial will address the Hopi’s future rights and those of the Navajo Nation — past, present and future — and the rights of non-Native users along the Little Colorado River. 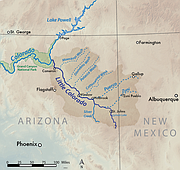 The adjudication is designed to quantify each claimant’s water rights, both federal and state law rights and to determine claimants’ priority to the limited water in the Little Colorado River basin. This case does not involve claims to Colorado River water, which is outside the basin.

The Hopi Tribe’s water rights will be tried in several phases, the first to determine the Hopi Tribe’s past and present uses of the Little Colorado River basin. The second phase will begin in December 2019 and the court will hear testimony about the amount of water necessary for the Hopi Reservation to serve as a livable and permanent homeland for future generations. A third phase, which will be set for 2020 or later, will focus on the ranch lands south of the Hopi Reservation.

“Water sustains Hopi life,” a press release from the Hopi Tribe said. “There are many competing demands for water. The judicial proceeding will determine water rights for our children and grandchildren.”

The Hopi Tribe said during the trial, the long history and unique culture of the Hopi Tribe in Arizona will be presented by both witnesses and documents.

The Hopi Tribe, Navajo Nation and other users of the water have tried many times over the course of two decades to resolve water rights along the Little Colorado River through settlement, but have failed each time.

Both the Hopi Tribe and Navajo Nation have said they have made good faith efforts to come to the table to resolve the matter, but attempts have been unsuccessful.

In 1995, the Arizona legislature expressed a policy of resolving federal reserved rights, including those of Indian tribes, before adjudicating other water rights within the state. In 2001, Judge Edward P. Ballinger determined the claims of the Hopi Tribe would proceed first in the Little Colorado River adjudication. The trial is being conducted by Special Water Master Susan Ward Harris in the Maricopa County Superior Court.

Most recently, the parties attempted a comprehensive settlement through Senate Bill 2109, but the settlement was ultimately rejected by the Navajo Nation Council and the Hopi Tribal Council in 2012 and the case returned to litigation in 2013.

In April of 2016, the Hopi Tribe and Navajo Nation made additional attempts to settle their shared resources along the Little Colorado River, but those discussions stalled.

“Water and infrastructure are essential to the Hopi Tribe’s future survival,” the Hopi Tribe said, pointing out that recent settlement efforts have been frustrated by the Navajo Nation’s unwillingness to recognize the Hopi Tribe’s need to access off-reservation water resources to create a sustainable and permanent homeland for the Hopi people.

The Hopi Tribe said it will appeal that ruling.

Navajo Nation Speaker LoRenzo Bates said despite the Nation’s willingness to come to the table, they are at the point where litigation seems necessary.

“It takes commitment from all parties to come to the table,” Bates said. “Litigation usually results in a winner and a loser and we have to be mindful going forward over who would benefit from the results outside of the Hopi Tribe and the Navajo Nation.”

Navajo Nation President Russell Begaye, who was meeting with Interior Secretary Ryan Zinke and unable to attend the first day of trial, said western Navajo is in dire need of water.

“It’s time that all Arizona stakeholders recognize that the Navajo Nation is entitled to quality water for its people,” Begaye said.

The Nation’s contested case is scheduled to begin in 2022 and will address the Nation’s claims for past, present and future uses of the Little Colorado River basin for domestic, commercial, municipal and industrial purposes and for impoundments, stock and wildlife watering.