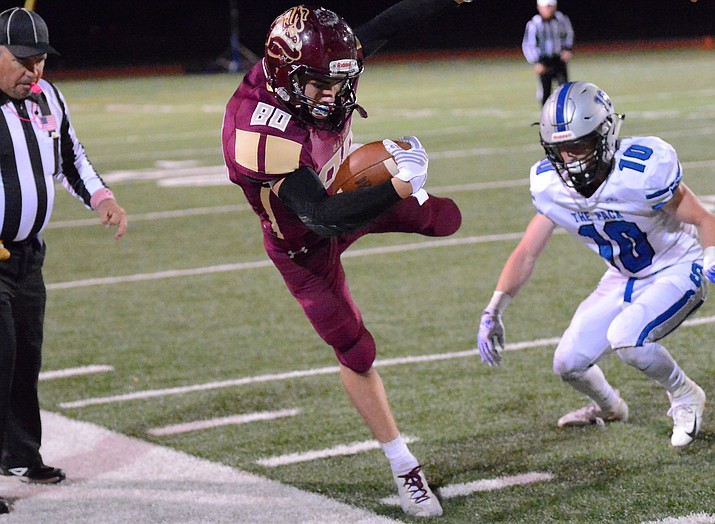 Winslow lost to the Snowflake Lobos, 24-0. From left: Winslow Bulldog Michael Densmore is forced out of bounds. (Todd Roth/NHO)

WINSLOW, Ariz. — The Winslow Bulldogs learned Oct. 27 that they will play in the Arizona State 3A Conference Football Tournament Nov. 2.

The Bulldogs will play the Northwest Christian Crusaders in Phoenix. The Crusaders are the top seed in the playoffs while Winslow is the 16th seed.

Winslow fell to 6-4 for the season and 2-3 in the region in their loss to Snowflake.

Northwest Christian finished the regular season with a 9-1 record and a perfect regional record of 5-0. The Crusaders defeated Chino Valley 56-12 in their final regular season contest.

The only team in the playoffs that Winslow played in the regular season is the Page Sand Devils from the 3A North Region who will host Pusch Ridge.