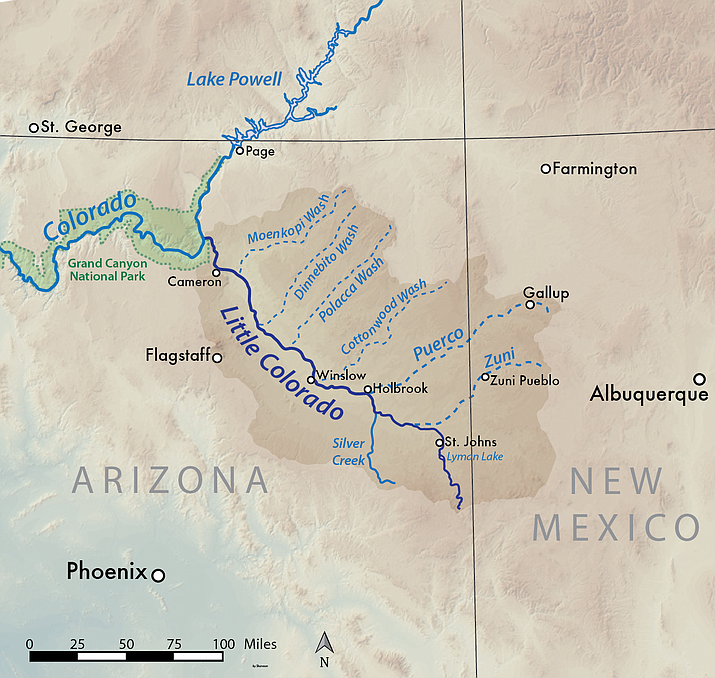 KYKOTSMOVI, Ariz. — Hopi witnesses and experts concluded their testimony recently in the first phase of a water rights trial that is both one of the longest-running court cases in Arizona history and also potentially will have the biggest impact on the future of the Hopi.

More than 30 witnesses testified about the Hopi past and present use of water on the Hopi Reservation before Special Master Susan Ward Harris. The Court has set closing arguments in the trial Dec. 17 and 18.

The Little Colorado River stream adjudication began in 1978 to determine conflicting water rights in the basin. There are many competing demands for water, including the Hopi Tribe, which has lived in the area the longest; the Navajo Nation; the United States government; non-Native communities (such as Flagstaff, Winslow, Show Low, Snowflake, Springerville, St. Johns and Holbrook); commercial and industrial interests (such as Salt River Project and Arizona Public Service); and numerous other individual and commercial interests.

Witnesses, including Tribal leaders, have appeared in the Maricopa County Superior Court over the past nine weeks to tell the Hopi story — the long history and unique culture of the Hopi people, and the vital role that water has played in sustaining Hopi life, culture and religion.

Because of actions of the U.S. Government, which serves as a trustee for both the Hopi and Navajo Tribes, the Hopi Tribe is surrounded geographically by the Navajo Nation in northern Arizona.